Many interesting festivals take place in Armenia every year. We present you a calendar of the most interesting of them. 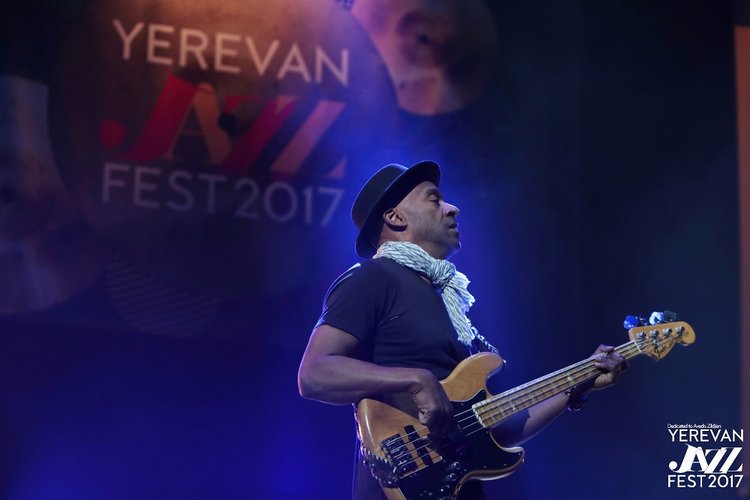 This festival has been held in Armenia since 1998 and has always been a success among both tourists and local residents. It is symbolic that the festival starts on the International Jazz Day – April 30th. Every year, local jazz aces and guest stars from all over the world perform at several venues in Yerevan. 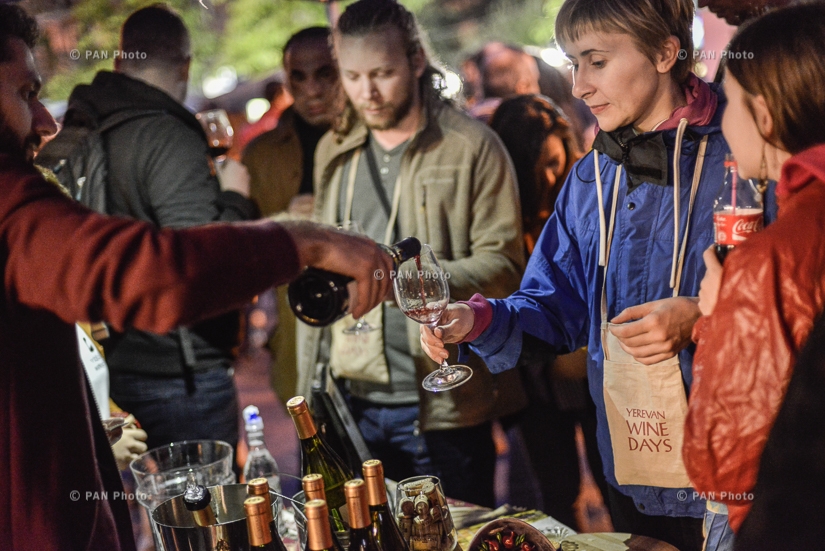 Perhaps this is one of the most famous festivals in the country and this year it will be held on May 1 and 2. On the evenings of the first Friday and Saturday of May, wine days are held in the capital, which bring together wine producers, wine experts and just wine connoisseurs.

Wine, of course, flows like water, meat sizzles on street grills, and musicians replace each other on stage. And this is not all that can be seen on Saryan Street, which is specially closed from cars this weekend. 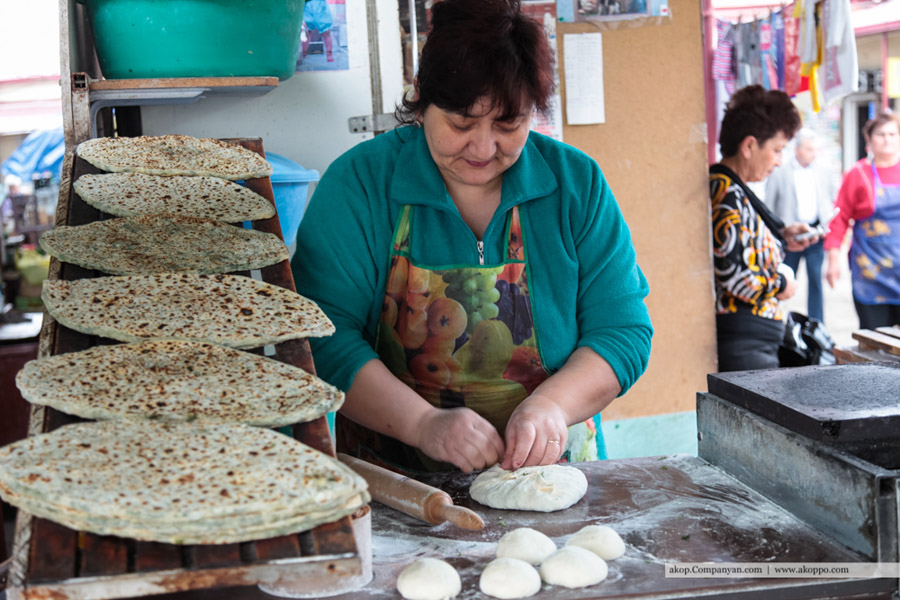 On May 11, Artsakh will host a festival of the national dish: bread with greens, or, as it is called in Artsakh, “zhengyalov hats”. On the day of the festival, anyone can try their hand at the art of cooking, which was included in the list of intangible heritage of Artsakh in 2013. Zhengyalov hats is a small piece of thin dough stuffed with more than a dozen herbs and baked on a special brazier. And to try it is a prerequisite for a trip to Artsakh.

Dolma Festival in Khnaberd – May 20 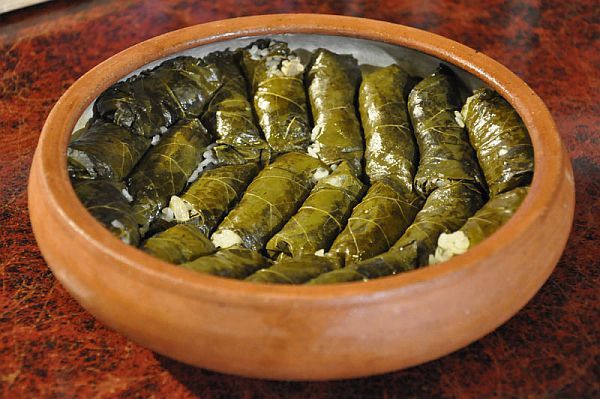 Come to Armenia and not try dolma? Impossible! Sooner or later, you will be offered tender minced meat wrapped in a grape leaf and topped with matsun and garlic sauce. In fact, there are hundreds of dolma recipes: vegetarian, vegan, old and new, with one type of minced meat or with a mixture, with meat or fish, with grape or quince leaves … you can go on and on! And you can try all this on May 20 in the Ararat region in the village of Khnaberd, which is not far from the excavations of the ancient Dvin. 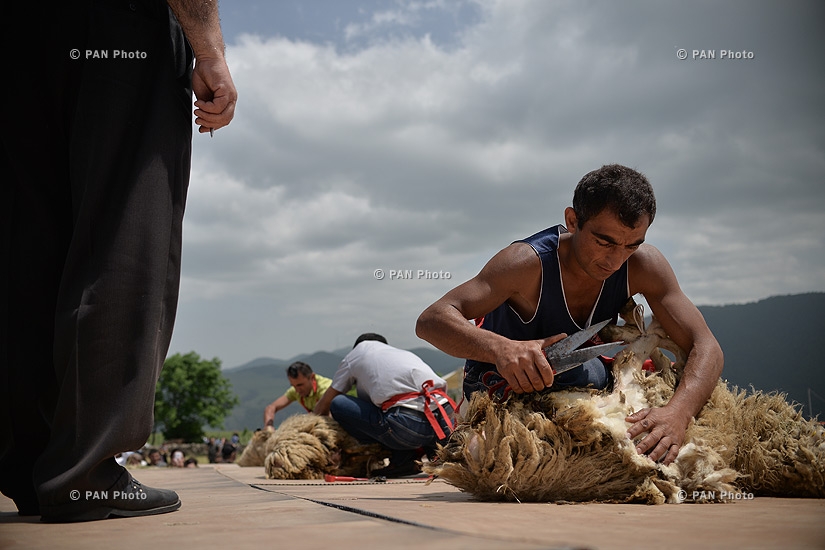 It would seem that what is interesting in shearing sheep? But masters of their craft will show the guests of the festival that shearing sheep is an art and a sport in one bottle! The most daring will be able to try themselves as shearers, and the rest will be able to taste the cuisine of Syunik, dance to fiery national melodies and explore the assortment of homemade vodka. All this happens in the village of Khot on June 9, and to miss it is a crime against tourism, at least. 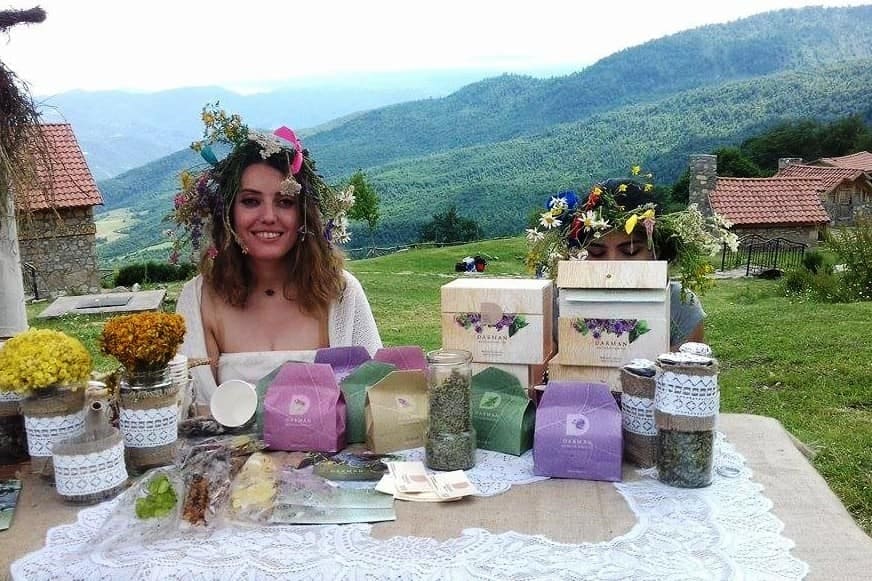 Tavush region is famous for its herbs throughout Armenia! And on June 30, everyone (and there are traditionally many who want to) can learn different methods of using plants, learn how to properly taste herbal teas and help create a huge “Brtuch” – a pita bread sandwich with herbs. And we are not talking about the breathtaking aromas of flowers and herbs…

It is difficult to get acquainted with all the gifts of Syunik in one day, but on July 7, all the communities of Syunik (and even guests from Artsakh) will come together at one festival, where visitors will be able to participate in the distillation of vodka from mulberry – the famous mulberry, a master class on cooking doshab ( broth from grapes or mulberry fruits) and dolma. And of course, taste the cuisine of Syunik, try local vodka, cheeses, dried fruits, pickles and jams. To look at the traditional crafts of Syunik and just enjoy the mountain air and amazing music – for this you need to go to this festival. 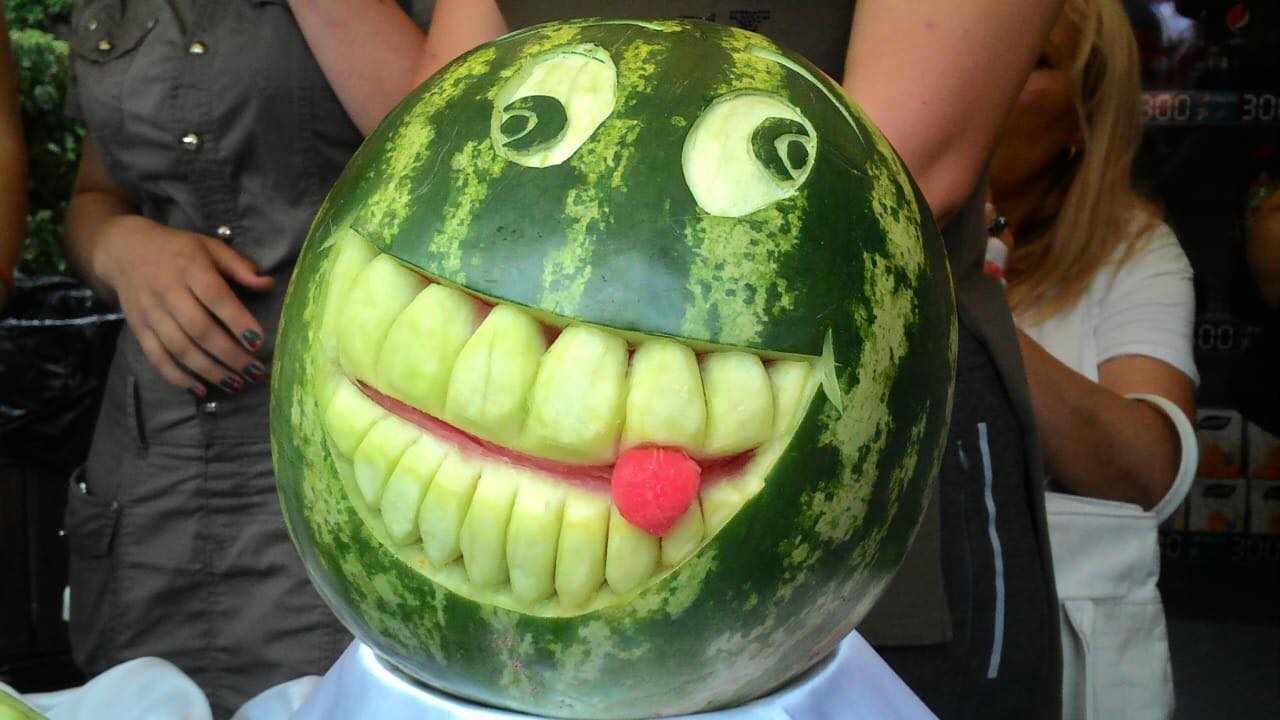 Have you seen the city pond that is completely filled with ice watermelons? Not? Then you definitely need to be at the Watermelon Festival! On July 14, Yerevan turns red-green and filled with watermelon aromas. In the very heat, Armenians cool off with the help of watermelons! Juicy berries are made into fresh juices, grilled, hundreds of cocktails are made … and the watermelon carving competition may soon become an event in the art world! 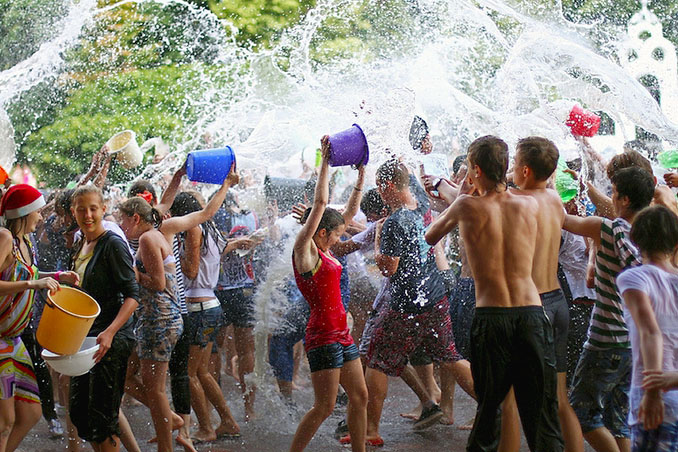 A national holiday in which no one will leave dry! After all, to remain dry … is almost indecent, and certainly promises misfortune for the whole next year. To pour water on a person on this day is akin to a blessing. This is a very ancient holiday, from the pre-Christian era, but which has been preserved even after the adoption of Christianity. It is celebrated on the day of the Transfiguration of the Lord, which is celebrated 14 weeks after Easter. Known for his custom of mutual dousing with water. In 2020 it is July 19th. On this day, be sure to go outside and participate in the celebration!

A few years ago, tarazas could be found in museums, but definitely not at fashion shows. Taraz is the national costume in Armenia, which, of course, is long gone and almost forgotten. So far, several enthusiasts, craftswomen, photographers and models have again led the fashion for taraz. As before, no one goes to them, but at the holidays you can already see girls in taraz, and elements of taraz have firmly entered the fashionable everyday life of modern Armenians. On August 4, Taraz Festival takes place on Northern Avenue in Yerevan. Everyone can look at fashion shows, try on taraz and learn the history of the national costume.

Navasard is an ancient Armenian holiday, most reminiscent of the modern New Year. But it is celebrated in the hot summer, in August. According to legend, Hayk, the progenitor of all Armenians, defeated King Bel on this day and gave rise to the Armenian state. From that day on, they celebrated the beginning of the new year. August 11 is now National Identity Day. So Navasard was fixed at the state level. Many interesting events are always organized on this day, and a service dedicated to the pagan New Year is held in the pagan temple of Garni. Professional and amateur chefs from all over Armenia and the world gather in August in the Lori region. It is impossible to say exactly how many kilograms of barbecue will be cooked on the day of the festival, but the bill goes to hundreds. And no one can say for sure how many barbecue recipes will be presented at the festival. But everyone is worth a try. On August 22, we are waiting for you at the barbecue festival – do not forget to buy a tour to Armenia for these dates, because this event is definitely not to be missed.

A real gastronomic holiday takes place in the village of Ashtarak. At the very beginning of autumn, on September 2, at the height of the grape season, you can and should go on an exciting journey into the world of wine! Plus, in addition to wine tastings, you will have stunning views of Mount Ararat. And if you stay for 5 days, then another wine festival will be held in Ashtarak – this is Voskehat wine fest! 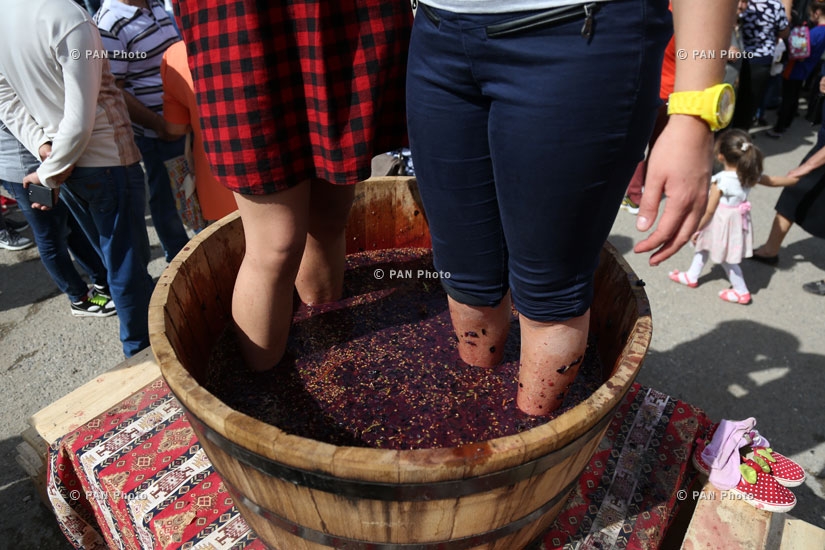 Between the two main wine festivals in Armenia, it is worth visiting the most important wine festival of Artsakh. It will be held on September 21 in the village of Tokh. Traditionally, not only the winemakers of Artsakh, but also those of Armenia gather at the festival. Tastings, lectures, wine competitions, a lot of music, delicious food and rivers of wine are waiting for you. There is even more debate about the recipe for the most correct gata than about the recipe for the correct dolma. One thing unites all the recipes – this is a sweet dough with a sugar-butter filling. Each region (and sometimes even home) has its own recipes for this delicacy, and this festival will allow guests to get acquainted with the richest assortment of gata. It will be held in Khachik village of Vayots Dzor region on September 22.

The year 2802 will be celebrated by the capital of Armenia. Erebuni Fortress, which became the starting point for Yerevan, was founded as early as 782 BC. e. Urartian king Argishti I. Traditionally, many stages with various programs work on this day, including a big celebration in the Erebuni fortress, with the work of reenactors and a historical performance! On the first Saturday of October, the main wine village of Armenia, Areni, hosts a traditional wine festival that attracts thousands of tourists from all over the world. The village of Areni is known for the fact that the oldest winery in the world was discovered here in a cave. Here you can see how wine was prepared in ancient times, because the climax of the holiday comes when a huge vat is filled with grapes, and the girls start to crush it with their feet in order to extract juice for the future wine. In addition, songs, dances, rivers of wine and delicious food are waiting for you! Don’t forget to join our tour to Areni Wine Festival.

The festivals of Armenia are united by one thing – the atmosphere of hospitality! Contact our specialists and they will tell you how to choose a tour to Armenia to cover the most interesting festivals!