Armenian wines are part of the culture and ancient history of Armenia. In order to fully understand this country, tasting and tasting local wines is a must. We have already written about the features that distinguish Armenian wines. And now we want to share our top 10 best wines, based on our experience of traveling to the wineries of Armenia! Old Bridge Winery started out as a small family run winery. The project was started by the spouses Armen and Ashkhen Khalatyan in 1998 with the purchase of nondescript, stone-filled land in the Yeghegnadzor region. For more than 20 years, an inconspicuous area near the viaduct of the Roman conquests (the same bridge depicted in the logo) has turned into fruitful vineyards with a modern plant! A tour of the winery would not be complete without a trip to the bridge itself, so take your time.

Pay attention to the brand’s reserve wines, they are a feature of the Old Bridge winery and fully reflect the brand’s philosophy. Armenia Wine Winery is one of the largest wineries in the country and was founded in 2006. At that time, the company was one of the few wineries that owned their own vineyards. Developing and striving to conquer new markets, the company receives high scores at specialized competitions every year. This is one of the largest and most technologically advanced wineries in the country and you can book a tour of the winery with us and see the wine production process from start to finish.

Pay attention to dry rosé wines of the brand and to the entire line of Takar wines, especially reserve ones, and Tariri wines! 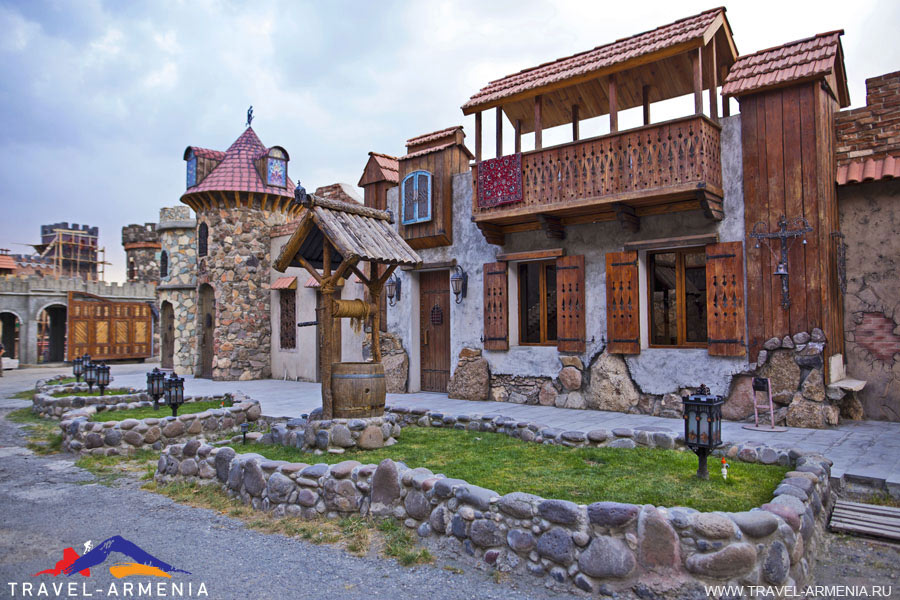 The Voskevaz winery was founded in 2004 by the Hovhannisyan brothers. The main ideologist and enthusiast was David Hovhannisyan, and the famous artist Gagik Hovhannisyan was responsible for the visual part, including the design of the winery.

A series of experiments and hard work, both on the wines themselves and on the territory of the winery, which was created on the basis of the Soviet Sherry Association, gave the Voskevaz winery an original and recognizable style. It was they who were among the first to revive the technology of making wine in ancient clay karases. Karases themselves were bought in the villages, and several were found on the lands of the winery. Voskevaz wines have been awarded numerous medals at various prestigious local and international wine competitions.

Pay attention to the wines from the Karas collection, that is, aged in Karas. And dry red wine Nuraz, created in honor of the mother of the owners of the winery. 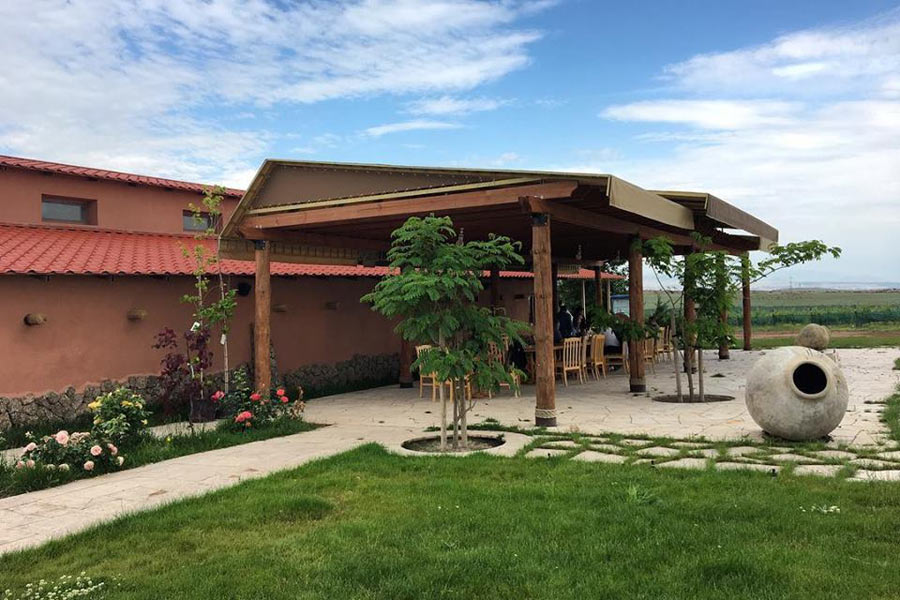 Van Ardi Winery is a small winery with signature wines. The name in translation means “Sun over Van”. Van is the capital of ancient Armenia. Varuzhan Muradyan, the founder of the project, moved to Armenia from the USA. Being a successful economist, he studied at the school of winemaking and came to his dream – vineyards in the Aragatsotn region.

Van Ardie Winery is an hour’s drive from Yerevan and therefore it is an ideal option for those who want to visit a beautiful winery, learn about the history of winemaking and taste wines, but are not prepared to drive several hours specifically for this.

Look out for wines from Syrah grapes that grow on their roots and wines from Areni grapes – it’s rare that Areni produces such results outside the mother region. The winery is named after the ancient capital of the state of Urartu, which was located on the shores of Lake Van. The winery was founded in 1992 by Mihran Manaseryan as a project with a traditional, family approach to winemaking in the village of Taperakan, populated mostly by immigrants from Western Armenia, or rather from the shores of Lake Van.

On the territory of the Tushpa plant, not only wines are produced, but cognac and even apricot vodka. Therefore, the tour will become triple interesting, because in one place you can see the production of all three main drinks in Armenia.

Pay attention to the red wines of the brand, especially since Tushpa wine was once blessed by Pope Francis himself, on whose table this wine was served. Not more than 10 years ago, three friends in love with wine founded the Trinity Canyon winery. Philosopher Hovakim Saghatelyan, businessman Vahe Balulian and restaurateur Andranik Grigoryan created the first winery that produces wine within the framework of biodynamic technology, and these standards are stricter than organic winemaking technology. And also Trinity Canyon winery is one of the few wineries working with clay karas for wine aging.

An excursion to the only organic vineyard in the region and wine tasting at the winery itself will be an interesting part of the day.

Pay attention to the wines of the 6100 line. They are named after an archaeological find – a winery in the village of Areni, which, according to scientists, is 6100 years old. 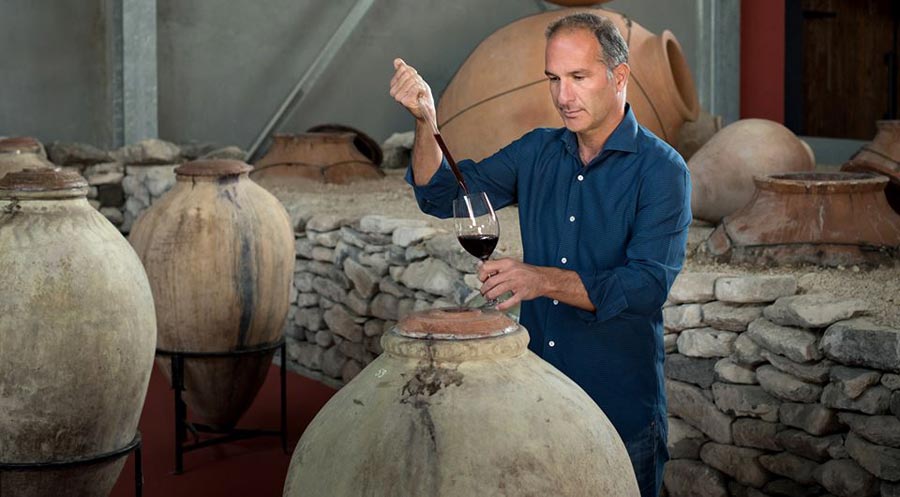 Zorik Gharibyan, founder of the Zorah winery and one of the most famous Armenian winemakers in the world. It was he who discovered wines from the Areni grape variety to the world and it was he who registered this variety in Europe under the already widely used name Areni Noir. And together with his wife, Yeraz organized schools for the makers of karases, an art that Armenia almost lost. The wines of the brand are sold in the most demanding wine shops in the world and win international competitions.

Getting to the winery on a tour is extremely difficult, but if you succeed, you will see an amazing mixture of 6000 years of winemaking tradition and modern technologies of the highest level.

Pay attention to the wines aged in karas, but don’t pass by the white wine called Waxes – translated as “gold”. 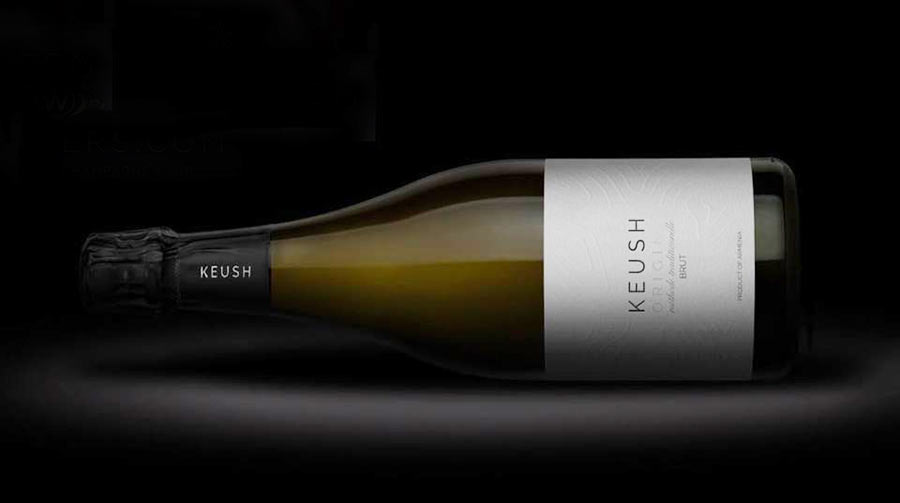 Vahe Keshguryan actually revived the fashion for winemaking. He is literally called the Godfather of modern Armenian winemaking. He worked on the most popular, unique and inimitable wines in Armenia. But he gave his name to only one, his own project – Keush. This is the highest production of sparkling wine in the world – the vineyards are located at an altitude of 1800 meters. It is in the harsh conditions of the highlands that grapes become ideal for the traditional method of production – champagne.

Seeing how sparkling wine is made is a rare opportunity and unfortunately it is now almost impossible to get to the winery.

Pay attention to the dry sparkling wines of the Keush brand – this is the rare case when a sparkling wine not produced in the Champagne region has all the properties of a real champagne. 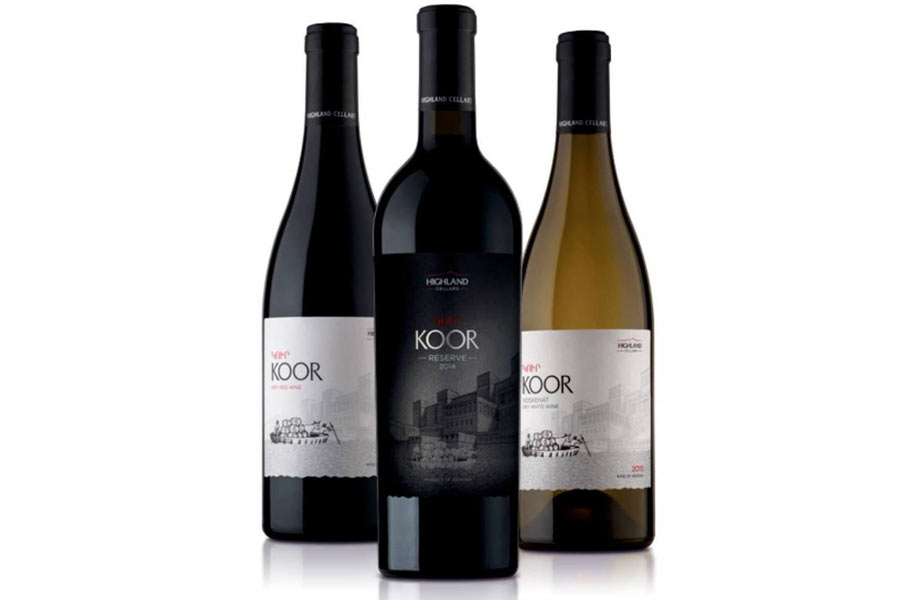 The Koor brand appeared in Armenia in 2015 as a joint project of a group of friends who climbed Ararat and decided on the top of the biblical mountain that the production of wine in their historical homeland is a necessary bond for their friendship.

A quote from the “History” of Herodotus was chosen as the logo, according to which Armenian wine merchants sailed along the Euphrates to Babylon in special boats. An attempt to recreate history in wine was crowned with an unprecedented success for a small boutique production. The combination of centuries-old traditions, modern production and a philosophical approach to winemaking has made the wines of the brand truly unique.

Unfortunately, it is not possible to get into the production now, but work on our own large plant and vineyards is already underway and soon we will all have a chance to go on excursions at the winery.

Check out the brand’s white wine, made from the incredible Voskehat grape variety. 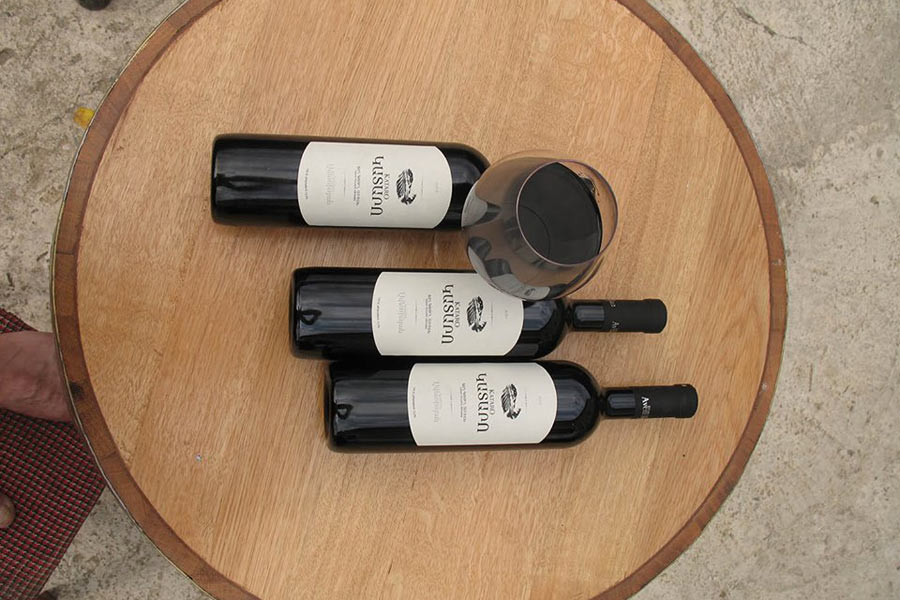 The Avetisyan family has been engaged in viticulture since the 20s of the last century, the vineyard was revived in memory of the founder of the dynasty of viticulturists – the great-grandfather of the current owners. The winery is located on the slope of a mountain in the Artsakh village of Tokh. This is a small family owned winery. But it is known far beyond the remote region of Artsakh. The wines of the brand have repeatedly received awards at local and international competitions.

A trip to the winery will be a great addition to the tour in Artsakh.

Pay attention to red wines from Lilac grapes. It is a difficult-to-produce grape variety that is endemic to the region. But many years of work with Lilac gave an excellent result.

Come early October and you can taste all these wines at the Areni Wine Festival.