Trndez is celebrated in Armenia In mid-February, fires are lit in Armenia and in Armenian communities around the world. Armenians celebrate Trndez. Believers and unbelievers, Christians, pagans and atheists – become in a circle and seven times bypass the high flame, throwing old things into it so that misfortunes and tribulations turn into ashes. Then, breaking up into pairs or alone, people fly over, overstep the fire.

Holding hands, newlyweds and lovers jump, the main characters of the day. For them, fire burns – a symbol of purification and well-being. It is them during the jump sprinkled with grain, so that the year was generous and fertile. It’s in their honor to prepare and distribute to all those present the Armenian halva: let life be nourishing, sweet and warm. It is they who, with their love, their youth, sanctify the flame, through which the others will jump or pass.

Fire Trndeza burns all the bad, will breathe strength, strengthen the family and even cure infertility – this is such a wonderful tool for all the good, from all bad. And only children will skip back and forth without any special hopes and desires, but simply sincerely rejoicing at the wonderful and rare – and, most importantly, legitimate – amusement. And no one will pull them, no one will scold. Because Trndez is already about spring. About the sun and the long-awaited warmth, about the fact that soon the world will turn green and joyful. Some believe that today Trndez “is not the same.” In the old days, they say, when the gods were young and left and right doing wonders and forging on the sacred fire magic swords for Vahagn, such a fire caused the sun to live, melted the ground, pointed the way to spring. And people gathered around the fire believed in one thing, they thought about one and dreamed of one thing, they say. And so their thoughts were so loud that they directly reached the divine ears and hearts. 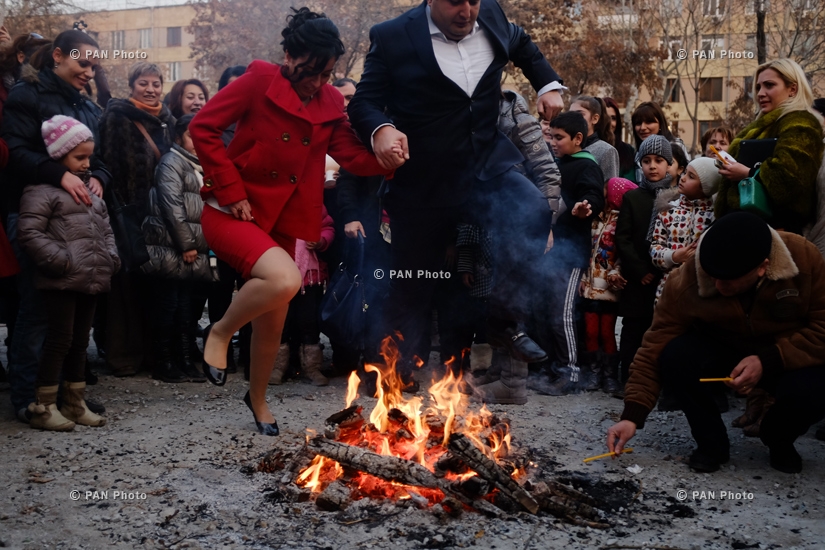 Then Christianity came to Armenia, and the treaty with the higher powers was revised somewhat. Armenian church Trndezom celebrates the eve of Sretenya – the day in which the baby Jesus was first brought to the temple for the first time after birth. But the main attribute of the holiday – fire – remained unchanged, although it acquired a new symbolism: the saving light of Christ. Large bonfires are bred in the courtyards of churches after the liturgy from a blessed candle, and parishioners carry small petals of this flame to their homes and … set fire to them in their yards. The circle is closed. The very circle in which “believers and unbelievers, Christians, pagans and atheists” stand, the circle by which they “go around the high flame seven times, throwing old things into it so that misfortunes and adversities turn to ashes …” 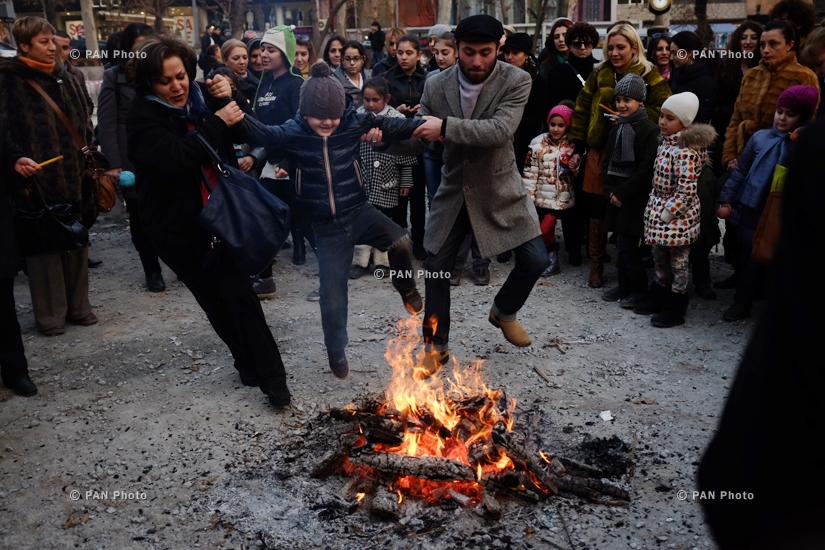 Ashes will scatter-scatter everywhere, from where wait for harvest or addition – in the field, in the garden and on the threshold of your own house. And as soon as the smoke has melted, the air will smell of earth and grass.