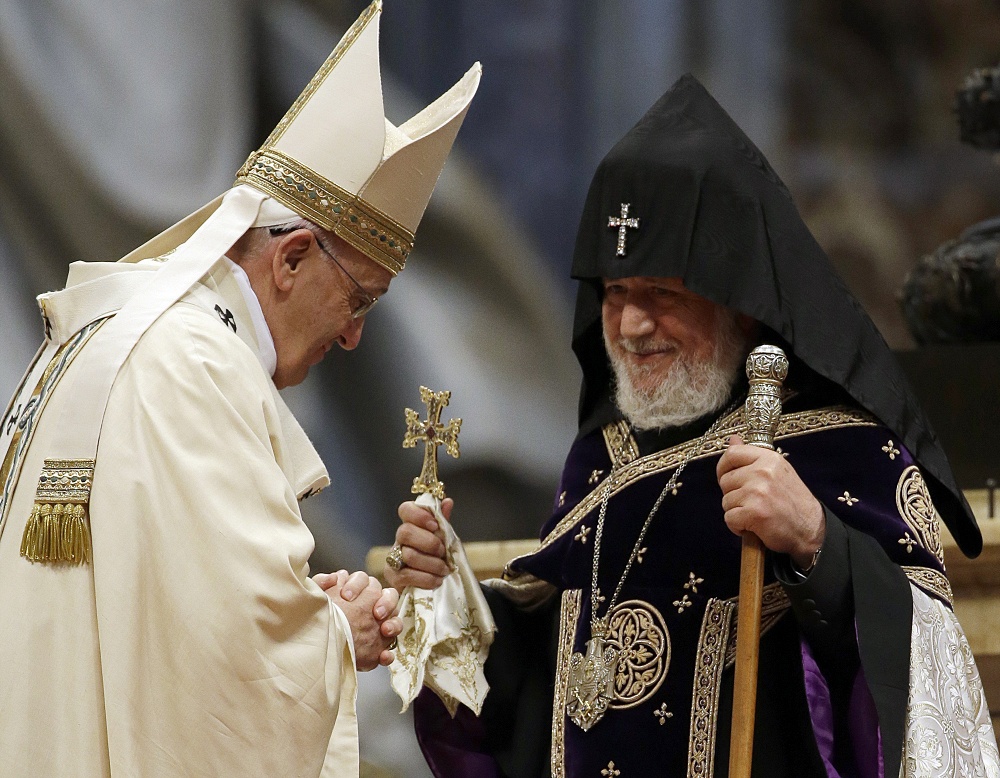 From June 24 to June 26, Pope Francis will be in Armenia.

The motto of visiting Armenia Pontiff chose – “Visit to the first Christian country.”
Earlier it was planned that the visit will be held in 2015, by the centenary of the Armenian Genocide. But then the Pope did not manage to come to Armenia. the truth Francis served in the Vatican, where he ranked the Armenian Genocide to the three most terrible tragedies of the twentieth century.
Upon his arrival in Armenia, the Pope will visit the Cathedral in Etchmiadzin, where he will address the Catholicos of All Armenians Karekin II with a welcoming speech, as well as meet with the president of the republic. The Pantefiq also plans to visit the memorial complex of the Genocide victims in Tsitsernakaberd and visit Gyumri, where the large Catholic community of Armenia lives. In Gyumri the Pope of Rome Francis will hold a divine liturgy in the Vardanants square. It is expected that it
The Pope’s visit to Armenia will end with a prayer at the Khor Virap Monastery, where the first Catholicos of all Armenians, Gregory the Illuminator, spent many years in prison.
Recall that the head of the Catholic Church has already visited Armenia. In 2001, John Paul II came to Armenia to participate in the celebrations on the occasion of the 1700th anniversary of the adoption of Christianity.