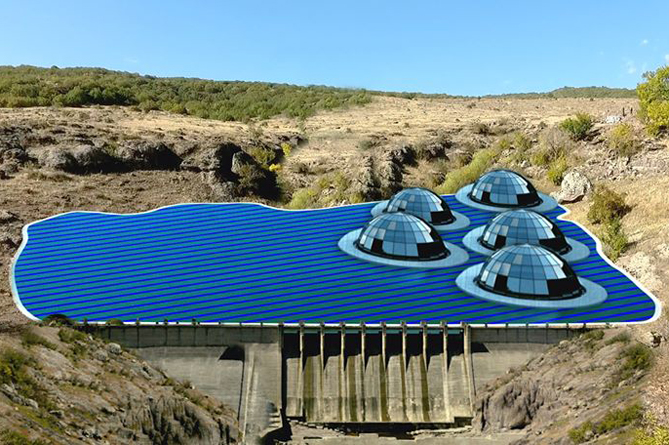 An interesting project was proposed by residents of the Byurakan community. As part of the Rural Cultur social entrepreneurship project, a hotel complex project is presented for those who want to watch the stars from the best point.

The authors of the project are confident that it will be a unique tourist attraction. On the artificial lake on Mount Aragats, 7 glass spherical houses will be built, from which it will be possible to observe the stars.

For the full implementation of the plans, more than $1 million is needed, but the project will be able to start with only $150,000 of investments.

Anna Hovhannisyan, the representative of the project, explained that anyone can become a co-investor of the project for only $50. The partnership will mean that for this money you will get the right to spend the night in a house on the lake. In the future, after construction, the payment for one night on the lake will be about $100.

“It is planned to organize fundraising until the end of April, then, if successful, it will take a year for construction work, another 2-3 months for testing. After all this, the project will be launched in the second half of 2021,” Anna Hovhannisyan shared with reporters.

Recall that it is in Byurakan that the operating observatory is located. Mount Aragats is indeed located in an ideal place for stargazing. The Byurakan Astrophysical Observatory named after V. A. Ambartsumyan of the National Academy of Sciences of the Republic of Armenia is one of the leading astronomical scientific institutions of the CIS.