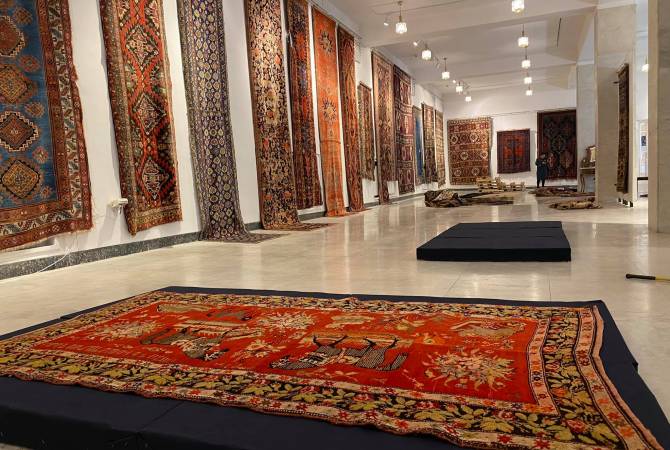 On February 20, the Yerevan exposition of the Shushi Carpet Museum opens at the Alexander Tamanyan Museum-Institute of Architecture in Yerevan.

The carpets were taken out of Shushi in the last days of the war, a few days before the city passed under the control of the enemy.

“There was a terrible picture in Shushi, enemy shells were constantly exploding, one of the large shells exploded in close proximity to the carpet museum, as a result, glass was broken. The enemy had already gotten very close to Shushi, and we were forced to take the exhibits to Yerevan. We took out everything we had time to , – says the founder of the Shusha Carpet Museum Vardan Astsatryan.

The oldest exhibit is 350 years old.

What will happen to the exhibits after the exhibition is not yet clear. Vardan is waiting for proposals from the authorities of Artsakh and Armenia in order to understand where the Artsakh carpet museum will find a new home. And this is very important, because each carpet has its own history, the exposition was collected from different parts of Artsakh.

Unfortunately, they did not manage to take anything out of other museums in Shushi, and there were five of them. no one could imagine that Shushi could be taken under control by the enemy.

Come to us on a tour to Armenia on February 23 or March 8, and we will go to this exhibition with you.