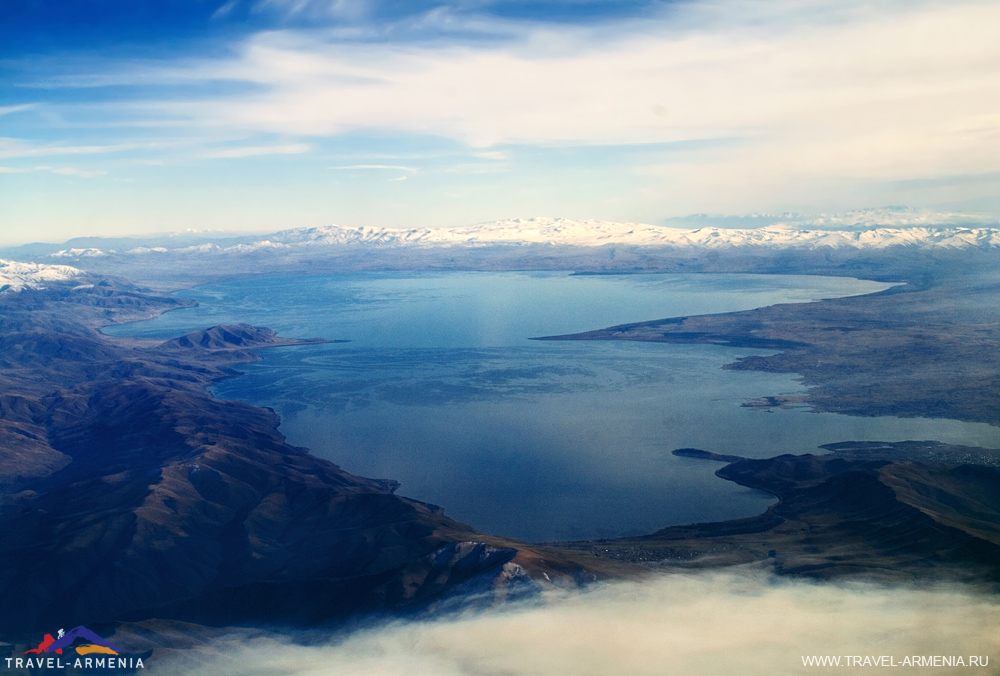 Sevan  is a city in Armenia, in the Gegharkunik Province, lies on the northern shores of Lake Sevan.

Lake Sevan is the largest lake in Armenia and one of the largest high-altitude lakes in the world. The huge mountain lake takes up 5% of Armenia’s surface area and is 2,000 meters above sea level. On a clear and sunny day, the water is a deep turquoise color. Sevan is a freshwater lake. Historical names of the lake are Gegharkunik, Sea of Gegham . The name Sevan literally means “Black Van” referring to Lake Van. It is said that long ago, Armenians came from the areas around Lake Van to Lake Sevan. They saw that the lake was dark and almost black yet reminded them of Van, therefore the lake was called Sevan.

Originally made from three churches, the monastery was built on an island. Receding waters in the mid-twentieth century created the current peninsula. The island was uninhabited until the end of the eighth century A.D., when monks built a chapel and a group of cells. The monastery was founded in 874 by King Ashot I, the first king o 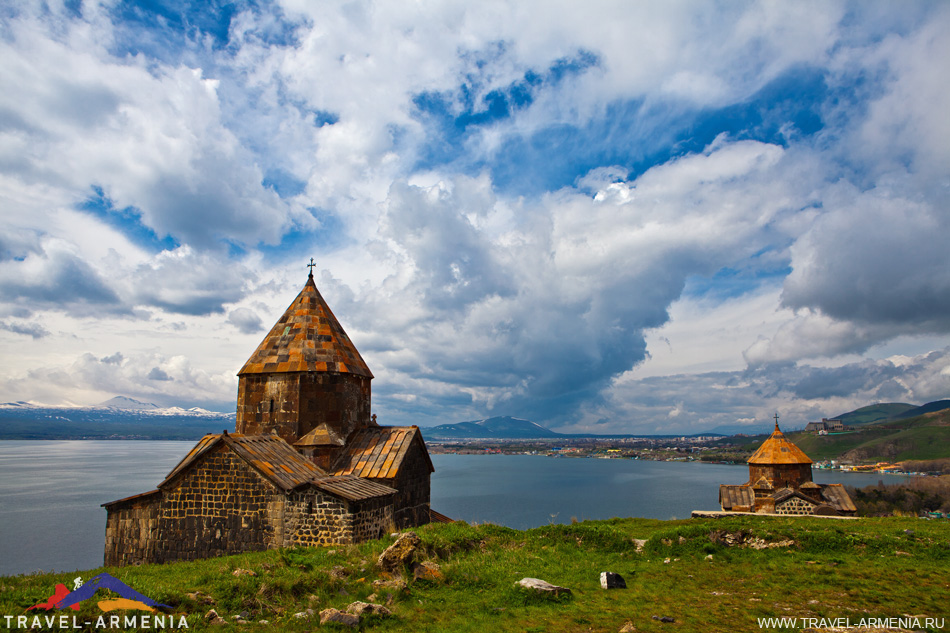 f the Bagratid kingdom, and his daughter Mariam. Two churches remain, St. Arakelots and Astvatsatsin. The island monastery was, according to historians of the time, used both for worship and pilgrimage, and as a place of exile for Armenian noblemen who had fallen into disgrace. It also was the residence and headquarters for Ashot I, from which he led a battle against invading Arabs beginning in 859. During the battles monks and clergy fought alongside the army to defeat the Arabs, but repeated Arab and Ottoman invasions continued. The monks on the island contin

uously led battles to protect the monastery, and such was the life in and around the monastery for almost 500 years until the Persians and the Ottomans divided the Armenian kingdom.

The monks in Gegham-kiunik specialized in medicine, and some of their natural cures are still used, based on herbs that grow in the wild around the lake. The monastery continued to function until the 20th century; the last monk left in 1930. Today the monastery is maintained by the Church, which maintains a summer retreat for seminarians on the peninsula.