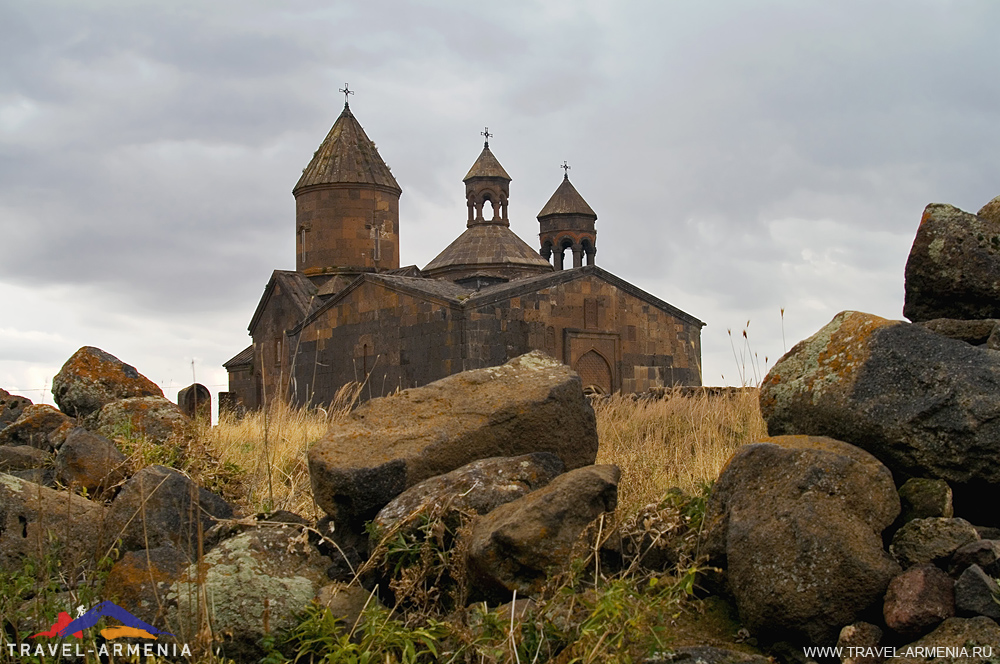 Saghmosavank Monatery was founded in 1215 when the prince Vache Vachyutian ordered to erect there the temple of Surb Zion (Holy Zion). Later the temple acquired extensions from the western and southern sides – the vestibule (1250), the book-depository (1255), the church of St. Astvatsatsin (1235).

All the structures are included into the monastic complex of Sagmosavank. The main temple is of Greek- 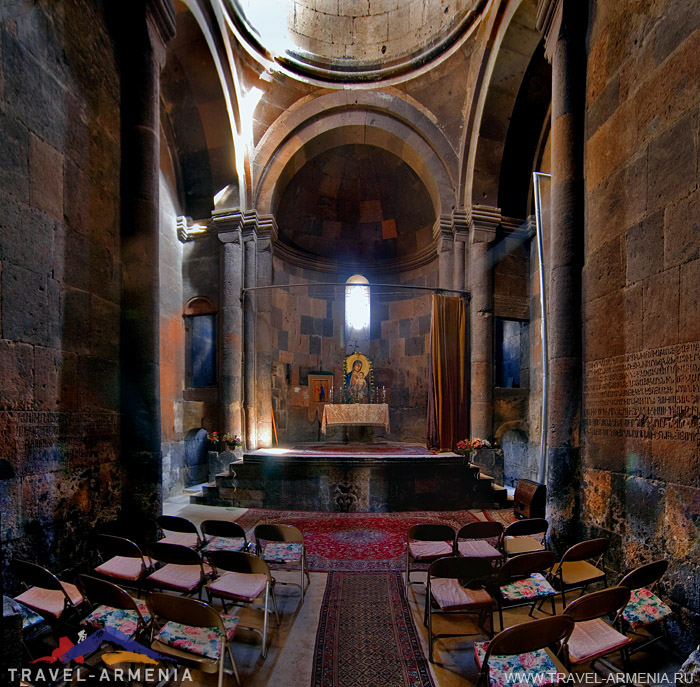 cross design. It is a severe looking building made from dark brown stones with its four sides forming the cross-shaped facade. The cylindrical dome towers in the middle. Sagmosavank Monastery was famous for its manuscripts.

. Geometrical and floral ornaments decorate the arch and the doorway.

Elegance of the interior is highlighted by color design – its separate parts were not only made from red and black stones but also painted white, yellow and red