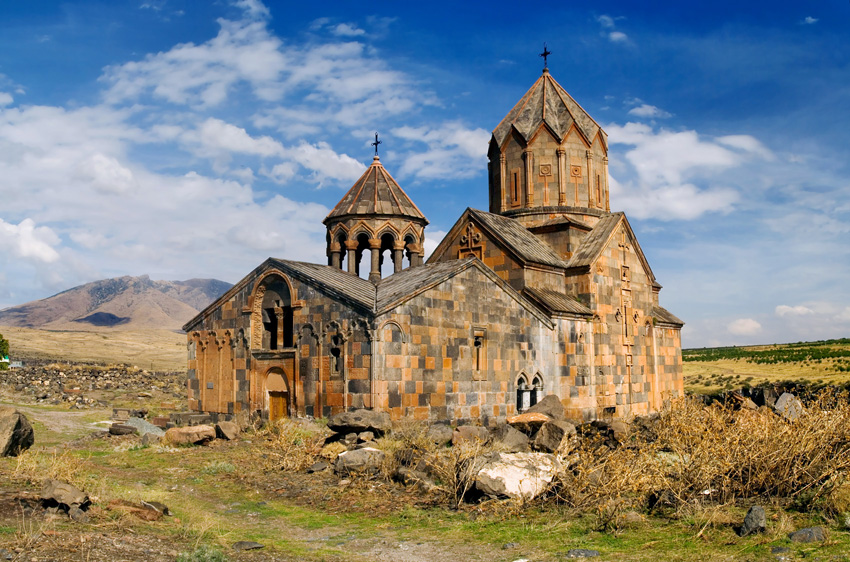 Hovhanavank Monastery (Monastery of San Juan) is in the village of Ohanavan, about 6 km north of Ashtarak, on the right bank of the river Kazakh which forms a picturesque ravine here. Without doubt this is one of Armenia’s most beautiful monasteries built in the twelfth century.

The oldest building of the complex is the basilica of San Gregorio erected in the V century, rebuilt in 573 and renovated several times. On the north of the basilica are the ruins of the church of the early Christians of the early fourth ce 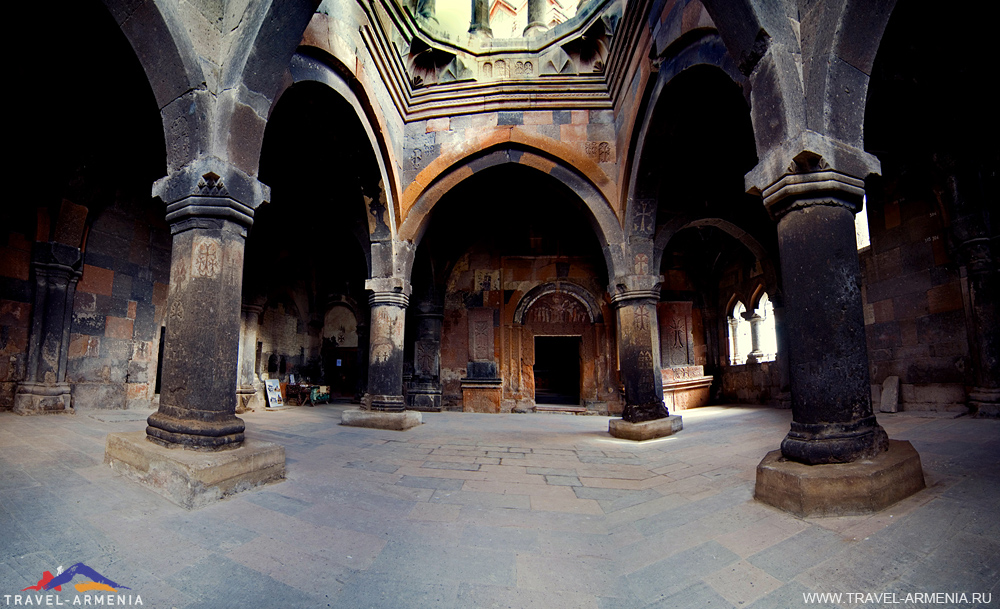 ntury probably built at the site of a pagan temple.

The main church of the monastery is St. Karapet built in 1216-1221 by order of Prince Vache Vachutian.

The church is distinguished by its rich decor vegetal ornaments and a magnificent bas-relief on the tympanum of the entry representing the wise and foolish virgins.

The church is preceded by a Gavito (atrium) original (1250) of a dome of 12 facets. In Gavit there are many beautiful khachkars (cross-stone).