Armenia, the “country of stones”, singles out for the diversity of natural areas and wide spectrum of numerous recreational possibilities. Yes, among these “lifeless” rocks and in the sun-scorched valleys there is Nature! Yes, what a nature! As in the grandmother’s closet everything needed is collected in a whole, so that it is accessible. On the neighboring shelves – thermal springs and ski ranges, oxygen spas and mineral waters, frost and sun, a wonderful edge.

“If there are forests, mountains and mineral waters in Paradise, then it will look like Dilijan” (C) Y. Kirillov 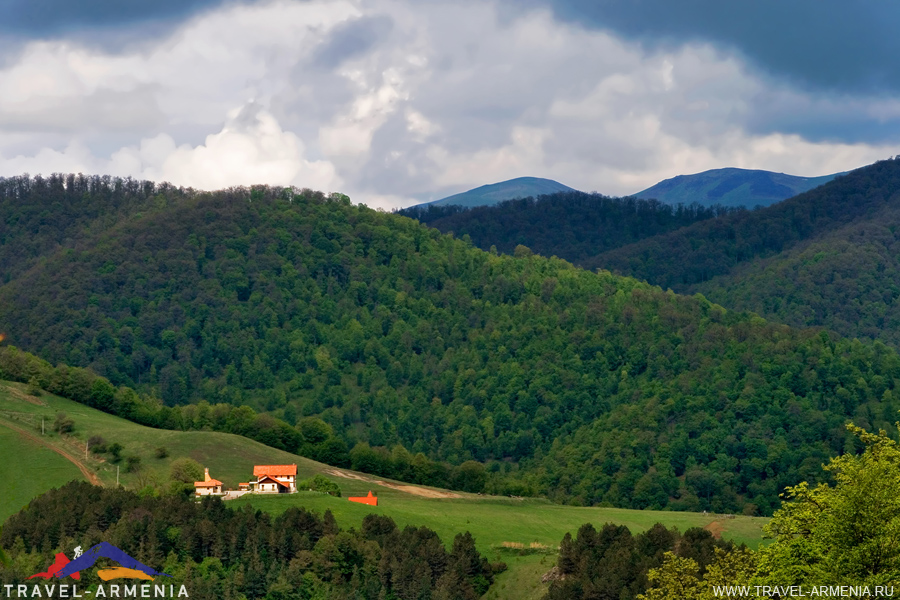 Perhaps, Dilijan is the greenest and the most famous resort of Armenia. It became famous due to the hero of the film “Mimino”. Dilijan is a balneological mountain-climatic resort. The city is surrounded by a national reserve from all sides. Every year many tourists come to Dilijan from different countries to enjoy the local beauty, breathe fresh and clean mountain air and stroll through the beautiful forest that surrounds the city. 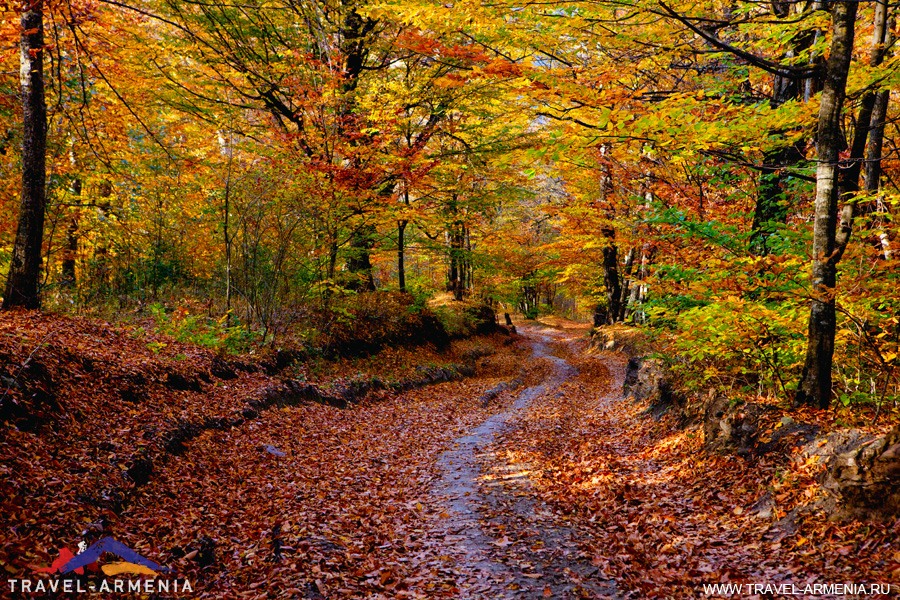 Due to this mountain-woodland, there is almost windless weather, which provides a therapeutic climate throughout the calendar year. This is an ideal place for a recreation, not only for those who suffer from respiratory system diseases, but also for those who want to break off the hustle and bustle of noisy big cities and stay a little with stunning nature, drinking crystal clear water from natural mineral springs. 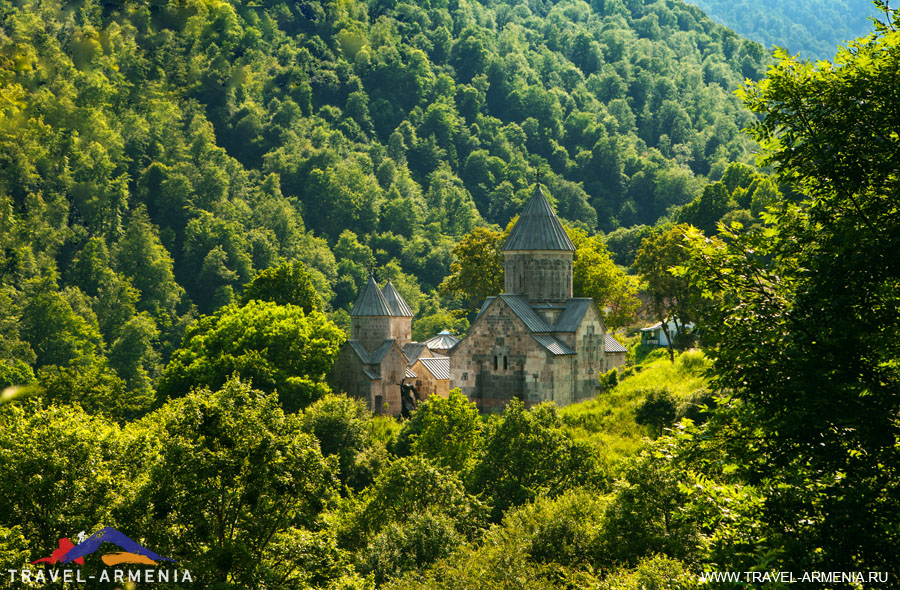 Recreation in Dilijan will be incomplete without visiting many attractions that are located near the city. The most popular are Haghartsin monastery, drowning in the beech forest, Goshavank monastery, where you will see the most beautiful khachkar of Armenia. Parz and Gosh lakes. Recently, Dilijan has also became the intellectual center of Armenia. The UWC Dilijan Business School was opened in the city, where teenagers from all over the world are studying. 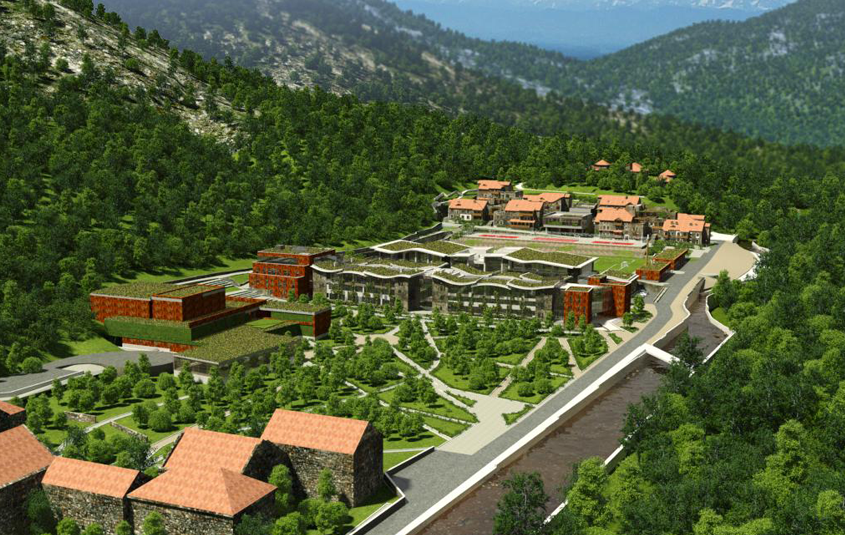 On the bank of the river Arpa, 170 km far from Yerevan and at an altitude of 2000 meters above sea level there is a small town of Jermuk. The most popular sanatoria of Amenia are in Jermuk. Since ancient times, recreation in Jermuk attracted the rich and noble inhabitants of the country, due to its comfortable climate and thermal springs. Along with some of them, there are found structures that had served as pools centuries ago. Long before the scientists measured and decomposed the composition of the local water, people knew about its medicinal properties.

This is reflected in a number of legends, in which, wounded or tortured people and animals were healed due to miraculous Jermuk springs and sources. The deer, the symbol of the city, became the hero of the most famous legend. Modern Jermuk is a well-known balneological and climatic health resort in the world. Here, the mineral water with eponymous name is produced, which is exported to dozens of countries. It is also used in medicine, for a range of diseases of the gastrointestinal and reproductive systems, the liver and (in the form of baths) of the musculoskeletal system. 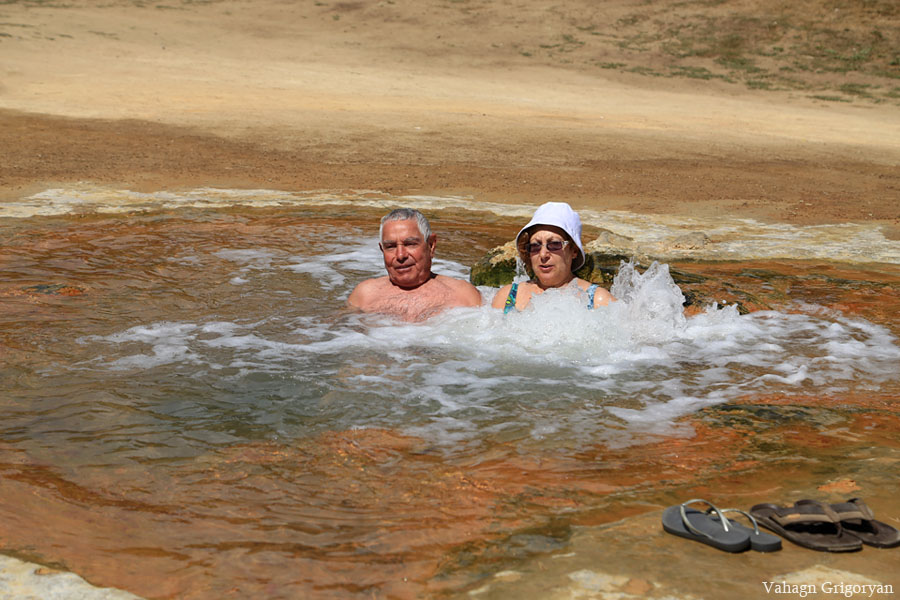 The main attraction of the resort part of Jermuk is the drinking gallery of a mineral spring. However, this is not the only curious and amazing place of the city and its environs. It can be infinitely entered natural and historical and cultural monuments – the cleanest air, breathtaking landscapes, Jermuk waterfall, medieval cave complex, stone sun, temples and khachkars, Kechut reservoir… 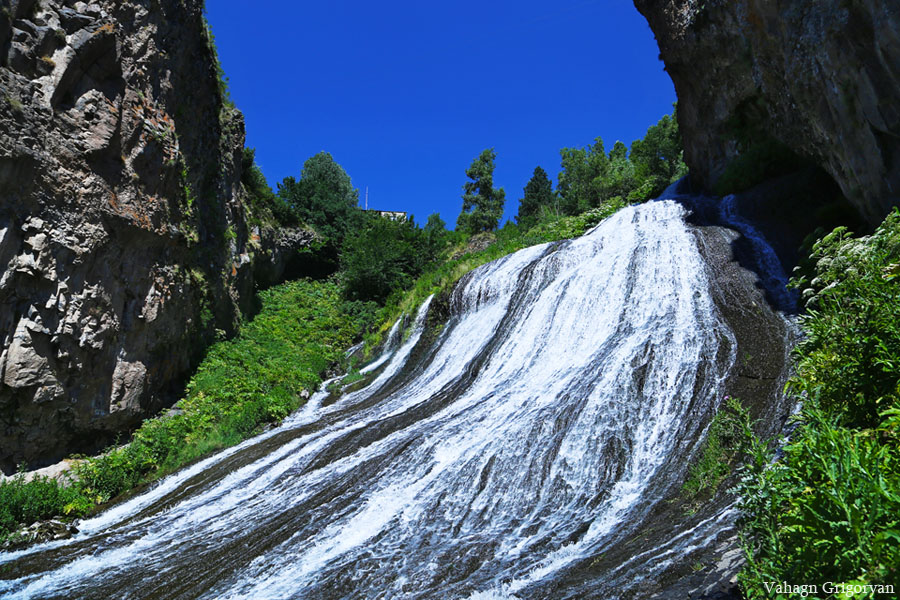 But Jermuk is interesting not only for serene, peaceful rest and history lovers. Recently a there have been built an aerial tramway and one of the steepest ski ranges in Armenia.

Most famous ski resort of Armenia is Tsakhkadzor, which is located near the capital Yerevan.

The strict, even unfriendly nature of the surrounding mountains sharply contrasts with this picturesque valley, as it is literally translated into the “gorge of flowers”. Cool in summer, snowy and relatively warm in winter, Tsaghkadzor attracts tourists who appreciate an active lifestyle at any time of the year. Athletes from the Olympic combined teams of the CIS countries also train here. 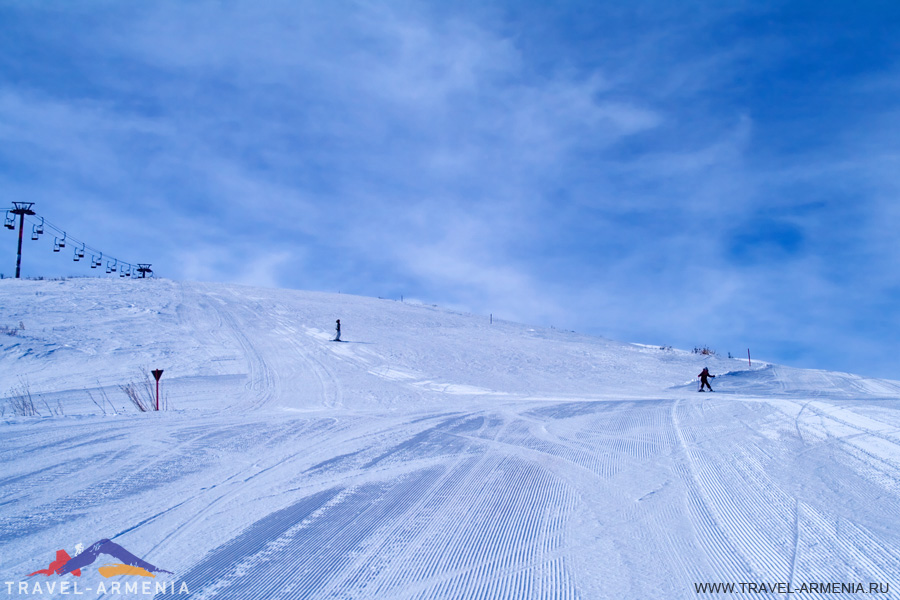 The ski part of the resort village consists of ten ski ranges of different levels of complexity and length (the longest is 8 kilometers) with a difference of altitudes over 850 meters. The highest point of Mount Teghenis, which is accessible to skiers is almost 3 kilometers above sea level. In a clear weather, you can see Ararat and Ararat valley from here, and in the north, you will see the lake Sevan. 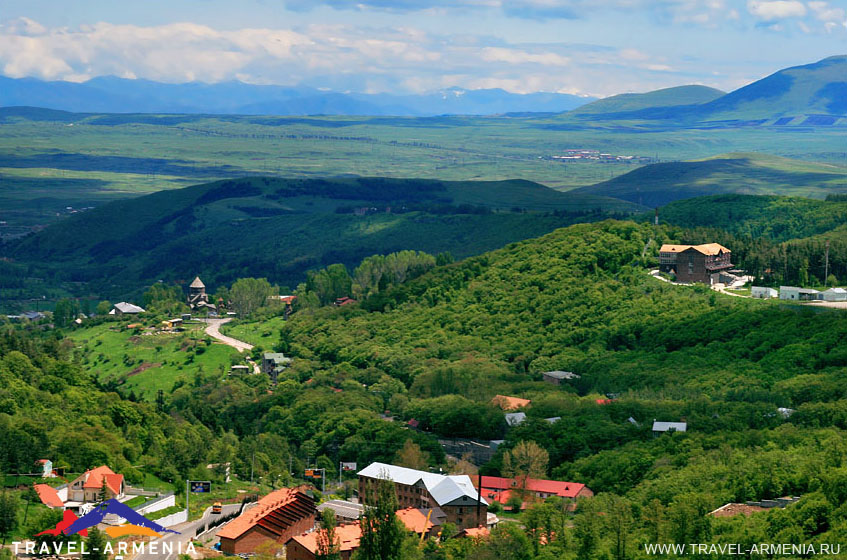 Before the advent of skiing infrastructure in Tsaghkadzor, the territory of the gorge was occupied by Soviet children; whole complex of pioneer camps was built. The history of the city of Tsakhkadzor (and earlier – the village of Kecharis) is appreciated for centuries. Numerous monuments of history, culture and architecture have been preserved in the city and its surroundings.

Perhaps the most striking sight is the monastery Kecharis: it is a whole complex of churches, chapels and interesting khachkars. In addition, not far from Tsaghkadzor, there is located the city of Hrazdan, which is also preserved the medieval temple of Makaravank. 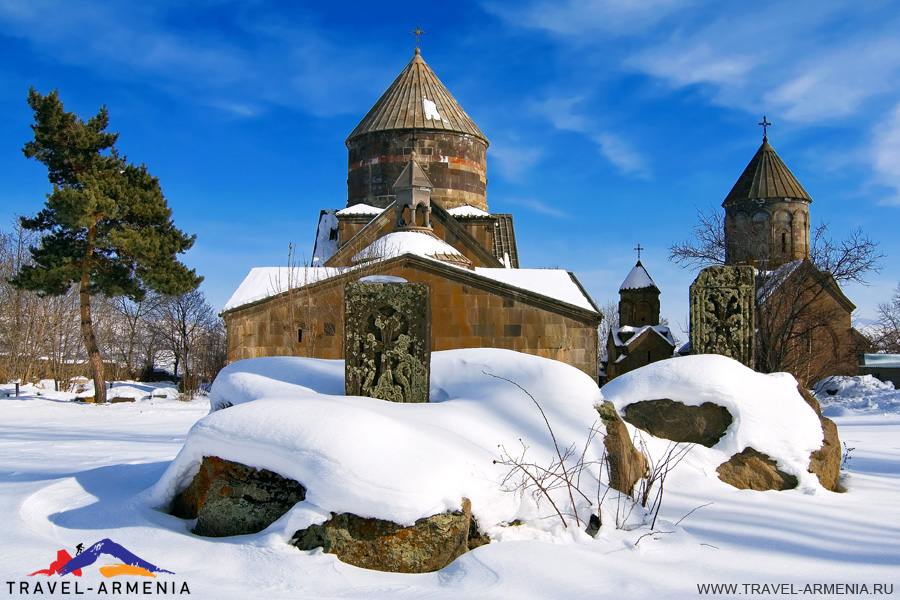 With all the seeming seclusion from Tsaghkadzor, it’s quite easy and quick to get to Yerevan, so those who do not have a lot of time for a full vacation in the mountains can also go skiing or breathing in medicinal air. 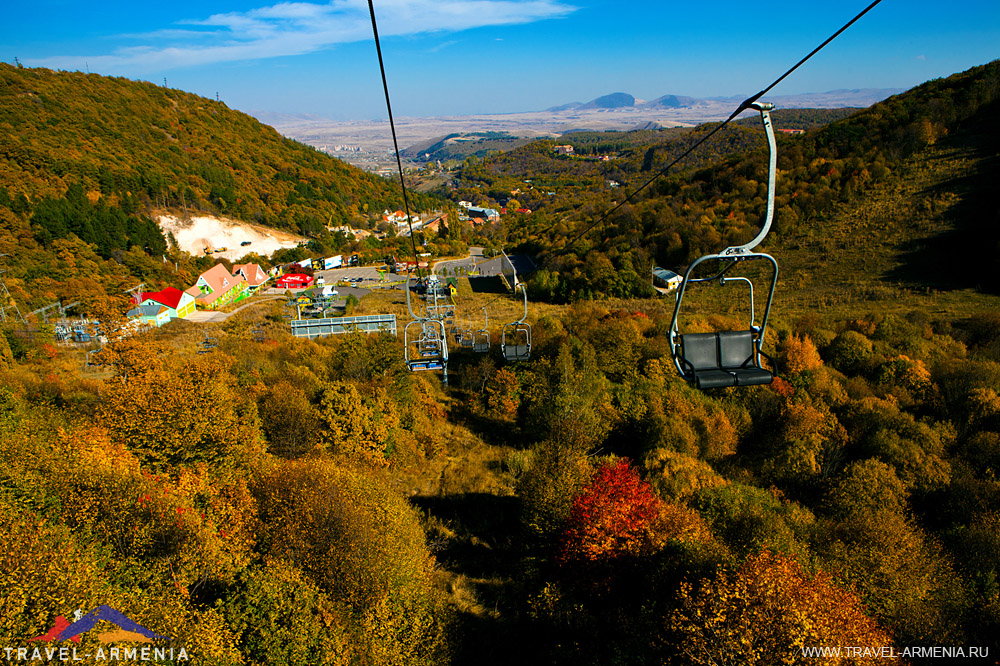 Despite the fact that “only mountains can be better than mountains,” there are other advantages in Tsakhkadzor. For example, rivers. One of them, the city of eponymous, flows right through it and falls into the mesmerizing name of Marmarik. Its length is only 37 kilometers, rich kilometers!

Despite the proximity of Yerevan to Tsakhkadzor, the gorge from Megradzor to Ankavan is like a lost world. Lush vegetation steals the sounds of civilization, flowing down to the bottom of a narrow valley with colorful slopes. The mirror of the Marmarik reservoir reflects only the timeless serene hills, covered with forest. In the upper side of the river Marmarik which runs along the gorge Hankavan, there are lots of sources coming up to the surface. In the little part of the surface there are two different kind of water, mineral and sweetish. Perhaps, the most interesting for the tourists are the bathhouses, caused by a powerful outlet of thermal waters. Several sanatoriums had been constructed in Hankavan gorge during the Soviet period, including balneological ones. Local water has healing properties (they are similar to Yessentuki springs) and is used in treatment and prevention of diseases of the digestive system, liver, pancreas.

In the summer, a huge number of seasonal apiaries appear in Hankavan gorge. Bee cultivation is one of the traditional occupations of the inhabitants of the surrounding villages: the slopes are covered with fragrant herbs during the summer. One of the local villages is called Meghradzor, which means “honey gorge”. In the autumn the whole vallet will become “honeyed”…

Aghveran has its unique place among the climatic resorts of Armenia; imprisoned in the rim of mountains, near noisy river Dallar, as if it stands on the border of civilization and untouched nature. Few kilometers far from the village the urban life goes on, light, cars, the flow of people, vanity. There is another world in Aghveran, fresh air, silence and healing atmosphere. Herbs and flowers cover the meadows and slopes of Aghveran in summer. Among those are rare ones, listed in the Red Book of Armenia. In winter, the snow replaces this sweet and curative dress. Thus, ecotourism in Aghveran does not stop, but only makes it necessary to change from sneakers and sandals to skis and snowboards.

Year-round hot thermal springs come up from the ground. Local waters are used as curative baths for circulatory and nervous systems, as well as the musculoskeletal system.

And in any season Tsakhkunyats Lake, which is located in high-altitudes, on the slope of the eponymous mountain.

On a small distance from Aghveran there are lots of historical objects, for example, the ruins of the Neghuts Monastery in the village of Arzakan, temples, khachkars and a fortress in Bjni.

On the eastern slope of the Mount Araler, where there was a historical battle between the troops of Ara the Beautiful and Queen Shamiram according to the legend, is located the village Arzni. This is where one of the most famous balneological resorts of Armenia is located. Despite the legend, modern Arzni gained fame due to its natural and healing features: in this place the mineral springs of a certain composition met, there are insignificant temperature fluctuations, much sunlight and stable atmospheric pressure.

The latter makes Arzni resort especially attractive for people with cardiovascular diseases, as well as with ischemic disease. The list of indications for treatment in Arzni is incredibly wide. The proximity of the village to Yerevan allows one to combine recreation or treatment with an excursion program – both in the capital itself and in its surroundings.