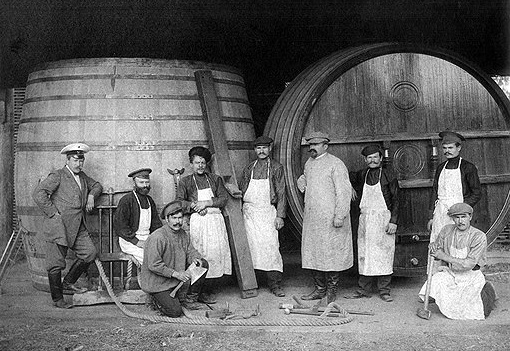 In 1887 – one hundred and thirty years ago it was produced the first Armenian brandy at the winery of the merchant of the 1st Guild, Nikolai Tairov (Nerses Tairian) built in Yerevan. With modern technology, with French standards, but with Armenian grapes, which didn’t let the newborn drink to be officially registered in a narrow cycle, limited by the geographical boundaries of the French province Cognac.

However, only thirteen years later the products got the right to be called cognac. Thus, the venerable French winemakers recognized his outstanding dignity. An unprecedented privilege was gained by the new owner of the plant, Nikolai Shustov, one of the largest alcoholic magnates of the Russian Empire, who bought Tairian’s production in 1899. Another creator of the Armenian cognac is the legendary Margar Sedrakyan, who was blending and creating new cognacs. The whole modern line of the “Yerevan Brandy Factory” is the result of the great master’s hard work.

The secret of the success of Armenian cognac is in the quality and its characteristics. The amazing nature and peculiarities of Armenia’s climate, the traditions of viticulture and the skills of local winemakers. Even the Nerses Tairian’s personality, everything played a role in the development and establishment of the “Armenian cognac” brand. 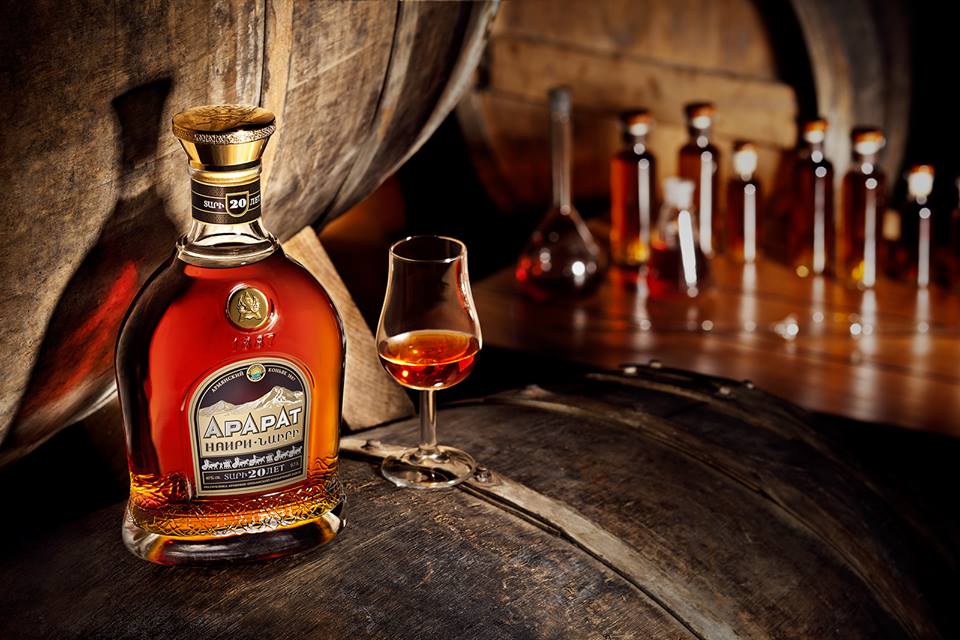 It is being born in the Ararat valley, under hot sun that burns bunches of white grapes. Voskeat, Mskhali, Chilar, Kangun, Garan Dmak – these are the names called in the vineyards, some of those are more than a hundred years old. All these varieties are native-born Armenians, cultivated here for thousands of years.

Slightly unripened, grapes are harvested at the beginning of autumn, when the days are still sultry, and the nights are already cold. And then a continuous alchemy begins. Despite the scientific nature of the process and its exposition in countless articles, there is still some magic in how the berries create the golden amber, wrapped in glass. Maybe the reason is the beauty of traditions for tasting the drink. 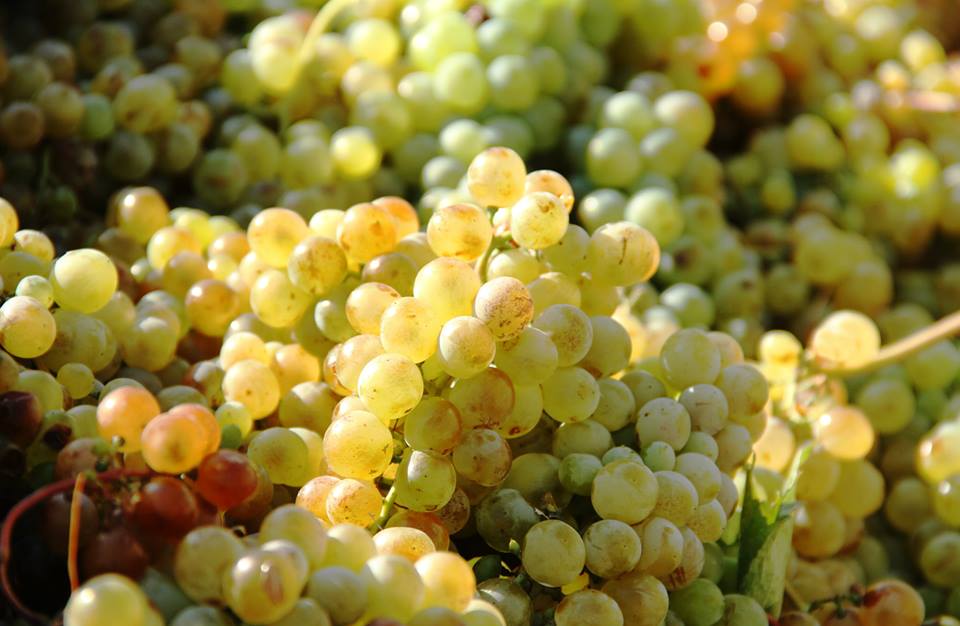 For example, for the barrels, where the cognac spirit (the French call it eau de vie) is aged, there is a long list of processes, that take place in the fluid inside, as well as the age requirements for the oak-tree. The tree should be adult. The beauty is that the oak is also local. One land gives birth to the grapes and the tree. The centuries-old Armenian and Artsakh barrels become art creators and fill cognac with aromas and tannins. 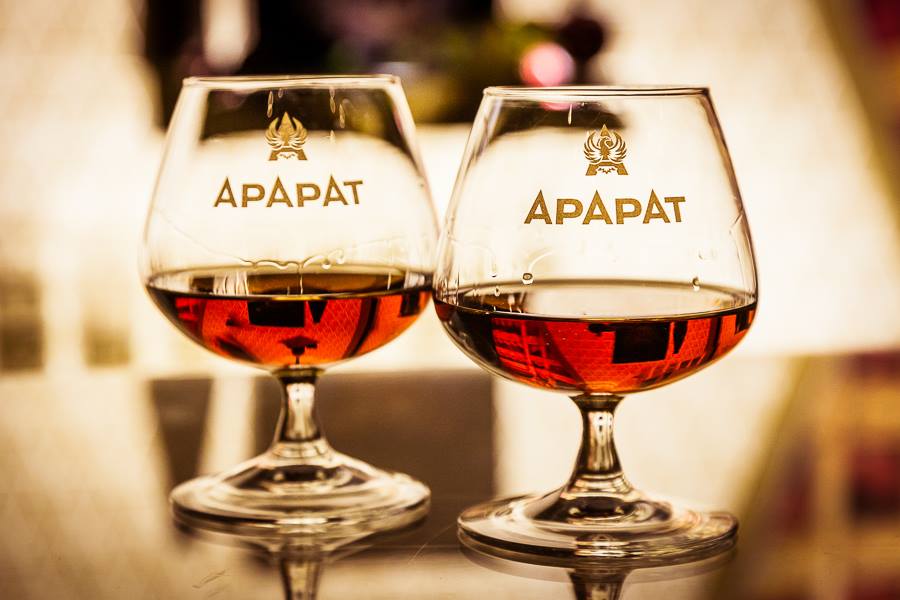 One of the most significant differences between Armenian and French technologies is the use of spring water in the cognac production, due to which Armenian drink has that softness. The climate of Ararat valley has a significant contribution in the caracteristic of the drink, especially the aging process of the drink during winter and summer seasons.

The traditions of Armenian cognac production created in the 19th century by Tairian and his followers and carried through the Soviet period had difficult time during the 90s of the last century. Fotunately, today they are at a decent level. At a level, that allows us not to be surprised to Armenian cognac lovers in the past, as well as in the present. And today everyone can make an excursion to the “Yerevan Brandy Factory”, where one will learn the whole cycle of production of this legendary drink. 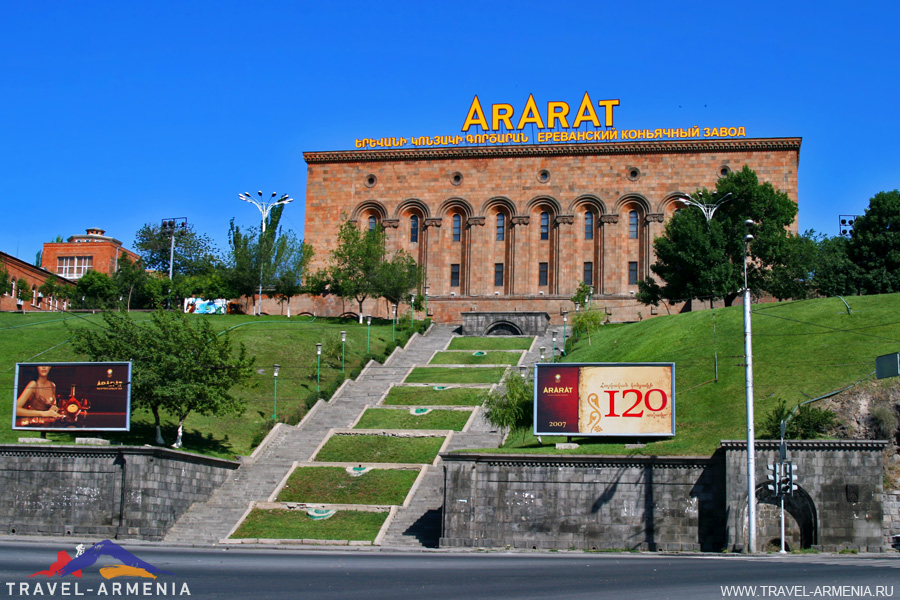 Armenian cognac inspires artists, poets, philosophers. It became part of the image of sunny and hospitable Armenia. It became part of world’s culture and history. Armenian cognac connects neophytes, connoisseurs and collectors. To learn more about the cognac and wine production in Armenia, we advise you to pay attention to our wine tour to Armenia.

Armenian cognac is a bottled skill. It is the taste of victory over time.