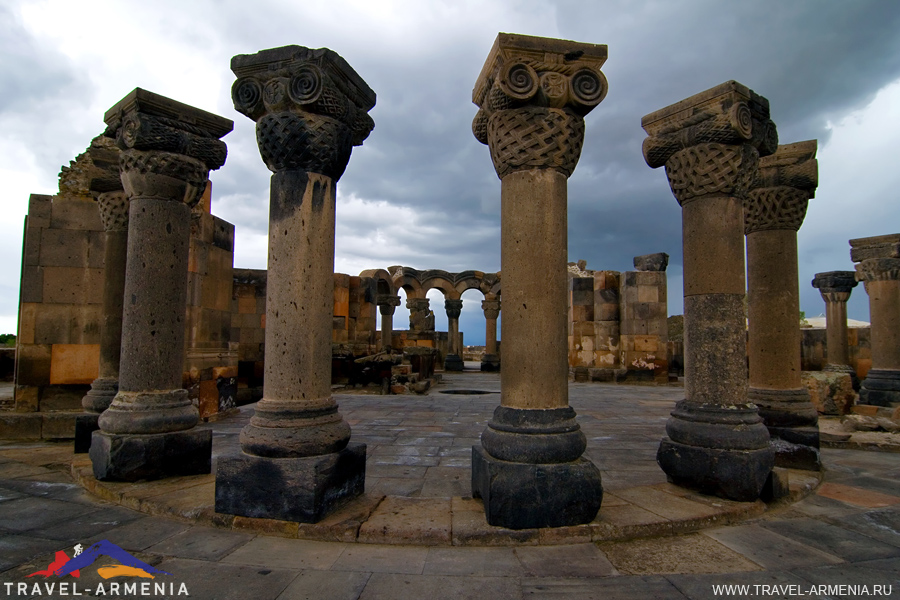 Zvartnots Cathedral is a ruined seventh century circular Armenian cathedral built by order of the Catholicos Nerses the Builder from 641-653. It is located at the edge of the city of Echmiadzin, in the Armenian province of Armavir.

Zvartnots was built at a time when much of Armenia was found under Byzantine control and during the early invasions of Armenia by the Muslim Arabs. Construction of the cathedral began in 642 under the guidance of Catholicos Nerses III (nicknamed Shinogh or the Builder), who built the majestic cathedral dedicated to St. Grigor at the place where a meeting between king Trdat III and Gregory the Illuminator was supposed to have taken place.

According to the medieval Armenian historian Movses Kaghankatvatsi, the cathedral was consecrated in 653. From 653 to 659, Nerses was in Tayk and the construction of the cathedral continued under Anastas Akarratsi. Following the Arab occupation of Dvin and the intensifying wars between the Byzantine and Arab armies on the former’s eastern borders, Nerses transferred the patriarchal palace of the Catholicos from Dvin to Zvartnots. 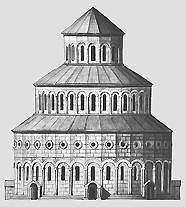 Zvartnots remained standing up until the end of the tenth century; afterwards, historical sources are silent as to the cause of its collapse.  A close imitation of the cathedral was carried out by Trdat the Architect under the reign of Gagik I Bagratuni during the final decade of the tenth century. The contemporary Armenian historian Stepanos Taronetsi referred to Zvartnots when describing the church that Gagik I had inaugurated as “a large structure at Vagharshapat, dedicated to the same saint, that had fallen into ruins.

Zvartnots remained buried until its remains were uncovered at the start of the 20th century. The site was excavated between 1901 and 1907 under the direction of vardapet Khachik Dadyan, uncovering the foundations of the cathedral as well as the remains of the Catholicos palace and a winery. The excavations furthermore revealed that Zvartnots stood on the remnants of structures that dated back to reign of the Urartian king Rusa II.