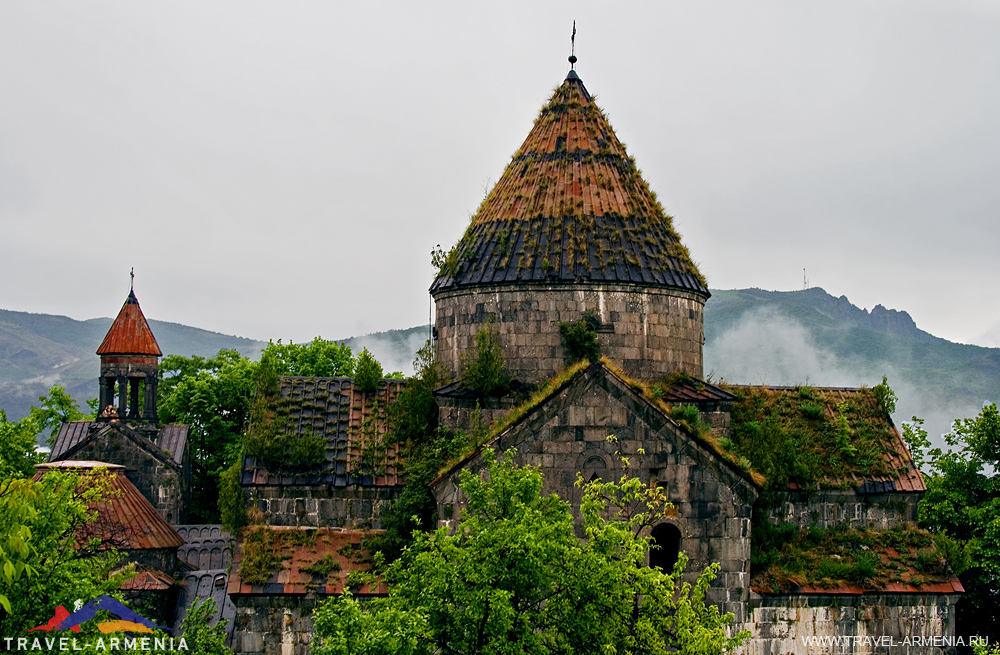 Sanahin is a village in the northern province of Lori in Armenia, now considered part of the city of Alaverdi. The village is notable for its monastery complex Sanahin Monastery. The monasteries are situated in the north of Armenia, in the Tumanian district.

Sanahin is now within the limits of Alaverdi city, and Haghpat is to the north-east of it, in the village of the same name. Standing on a high plateau, amidst low structures, they rise sharp against the background of steep forest-grown slopes of Bazum ridge. The ensembles are complemented by small churches built near them. 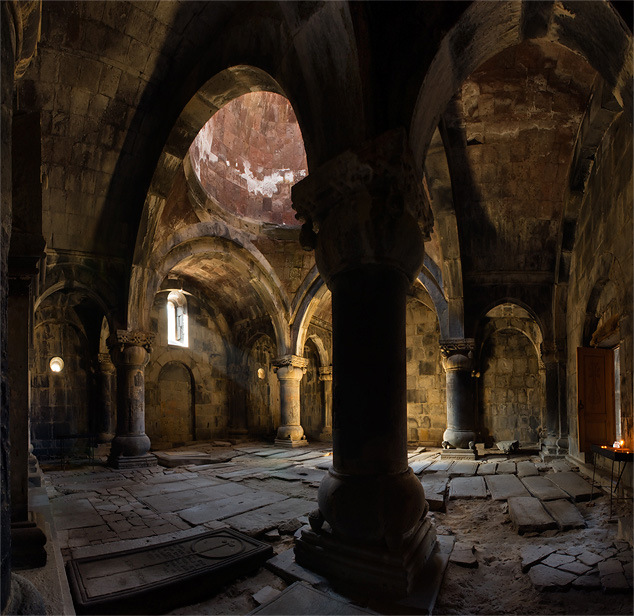 The exact date of the foundation of Sanahin and Haghpat is unknown. Documentary evidence and monuments of material culture suggest that these structures date back to the middle of the 10th century. The formation of Tashir-Dzoraget kingdom of the Kyurikids in 979 and the great attention paid to Sanahin and Haghpat by various rulers of Armenia and their vassals favored the construction of many religious and civil structures there. In these monasteries, especially in Sanahin, humanitarian sciences and medicine were studied, scientific treatises written and paintings, most miniatures, created.
Built in the monasteries over three centuries were more than 20 various churches and chapels, four annexes, sepulchers, bell-towers, the building of the Academy, book depositories, refectories, galleries, bridges and other monumental structures, to say nothing of numerous dwelling and service premises. The main monastery buildings are grouped around their chief temples, forming integral architectural organisms. They are asymmetrical relative to their main axes, which lends them picturesqueness. 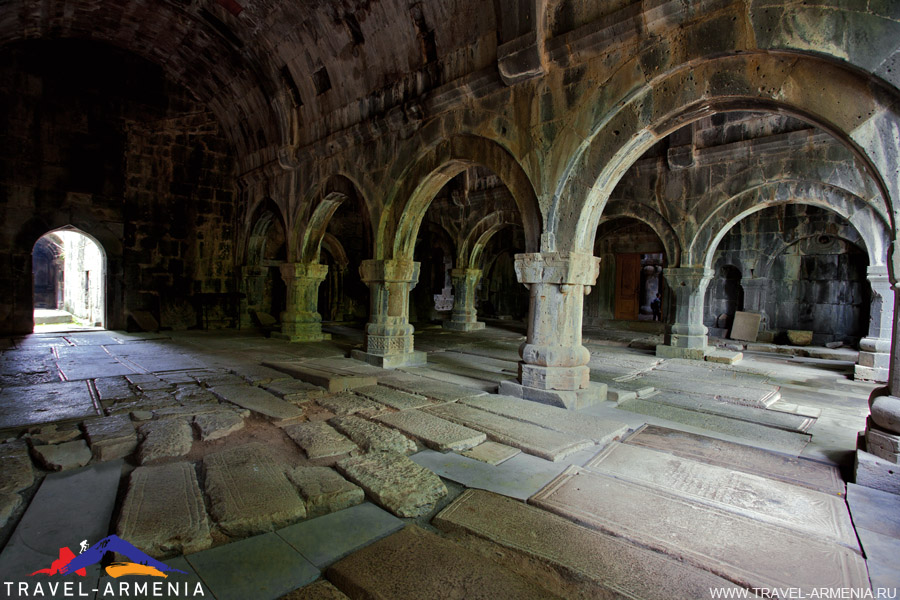 Compactness and harmonious balancing of the complexes are achieved owing to the fact that each subsequent architect proceeded from the state of the ensemble that already existed and coordinated the shape and layout of his own buildings with it. Most of the religious structures are of the cross-winged dome type and have annexes in four corners, or of the cupola hall type. The structures of the fist type are: in Haghpat, St. Grigory church (1005), which lost its dome during the reconstruction in 1211; in Sanahin. St. Hakob church (the 9th century), St. Astvatsatsin church, built some time between 928 and 944. and Amenaprkich church, completed in 966. Standing out among these churches is Amenaprkich built by Khosrovanuish, the wife of Ashot III Bagratuni. This majestic structure with a transversally-oriented interior crowned with a huge dome in the center, has two-tier annexes. The altar apse and the dome drum were decorated with graceful arcatures which went well with the patchily ornamented window and door platbands accentuating the smooth spaces of the facades.