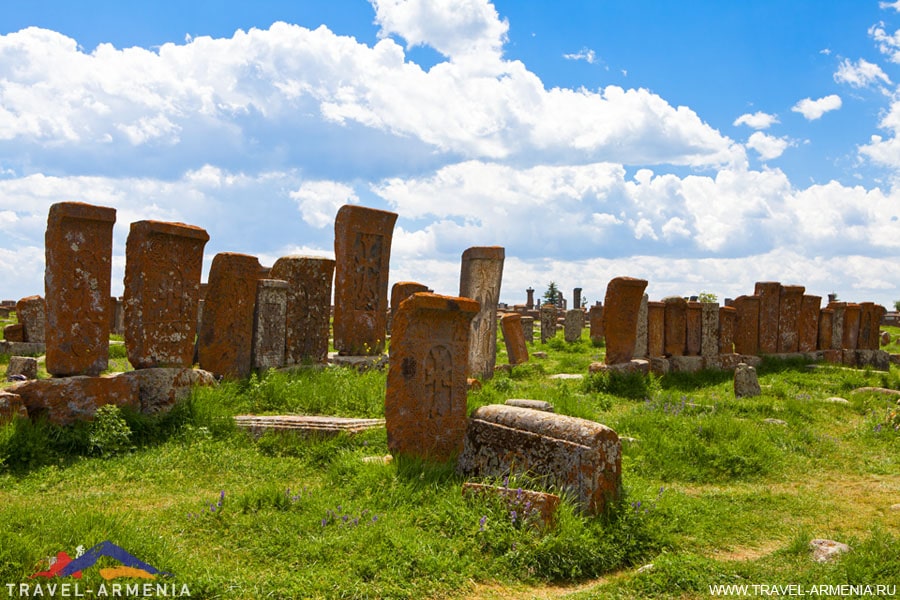 Noraduz cemetery  is a medieval cemetery with a large number of early khachkars located in the village of Noratus, Gegharkunik marz near Gavar and Lake Sevan, 90 km north of Yerevan. The cemetery has the largest cluster of khachkars in the republic of Armenia. It is currently the largest surviving cemetery with khachkars.

The oldest khachkars in the cemetery date back to the late 10th century. During the revival of the khachkar tradition in the 16-17th centuries many khachkars were built under the yoke of the Safavid Empire when oriental influences seeped into Armenian art. Three master carvers from this period carved khachkars in Noraduz, the most notable of whom was Kiram Kazmogh (1551-1610), his contemporaries were Arakel and Meliset. The cemetery is spread over a seven hectare field containing almost a thousand khachkars each of them depicting unique ornamentation.

The majority of the khachkars are covered by moss and lichen. Several tombstones in the cemetery depict carved scenes of weddings and farm life. Adjacent to the old cemetery a new modern cemetery has been built separated by a long fence. Nearby the cemetery in the village there is the Holy Virgin church built in the ninth century. One of the khachkars from the cemetery was donated to the British Museum in 1978 by Catholicos Vazgen I.[8] The front face of the rectangular khachkar has a leaved-cross with two smaller crosses below that are framed with trefoil and bunches of grapes projecting from either side. An inscription on the left side seeks god’s mercy for a certain Aputayli.