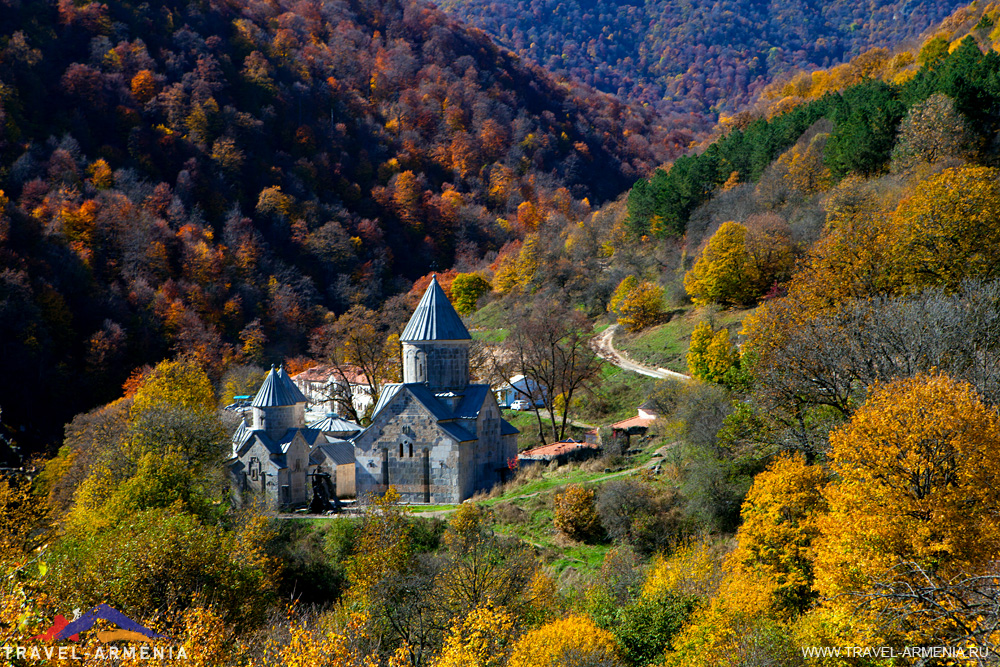 Haghartsin is a 13th century monastery located near the town of Dilijan in the Tavush Province of Armenia. It was built between the 10th and 14th century (in the 12th under Khachatur of Taron); much of it under the patronage of the Bagratuni Dynasty –

St. Astvatsatsin Church in Haghardzin (1281) is the largest building and the dominant artistic feature. The sixteen-faced dome is decorated with arches, the bases of whose columns are connected by triangular ledges and spheres, with a band around the drum’s bottom. This adds to the optical height of the dome and creates the impression that its drum is weightless. The platband of the southern portal’s architrave is framed with rows of trefoils.

The sculptural group of the church’s eastern facade differs in composition from the similar bas-reliefs of Sanahin, Haghpat, and Harich. It shows two men in monks’ attire who point with their hands at a church model and a picture of a dove with half-spread wings placed between them. The umbrella roofing of the model’s dome shows the original look of the dome of Astvatsatsin church. The figures are shown wearing different dresses — the one standing right is dressed more richly than the one standing left. The faces, with their long whiskers, luxuriant combed beards and large almond shaped eyes, are also executed in different manners. These are probably the founders of the church, the Father Superior and his assistant.

The gavit of St. Astvatsatsin Church is severely damaged. The ruins show clearly where it stood; however, the walls are almost completely destroyed.

The oldest large structure of the complex, the St. Grigor Church, is accessible through its gavit

The twelfth-century gavit abutting St. Grigor Church is of the most common type of plan. It is a square building, with roofing supported by four internal abutments, and with squat octahedral tents 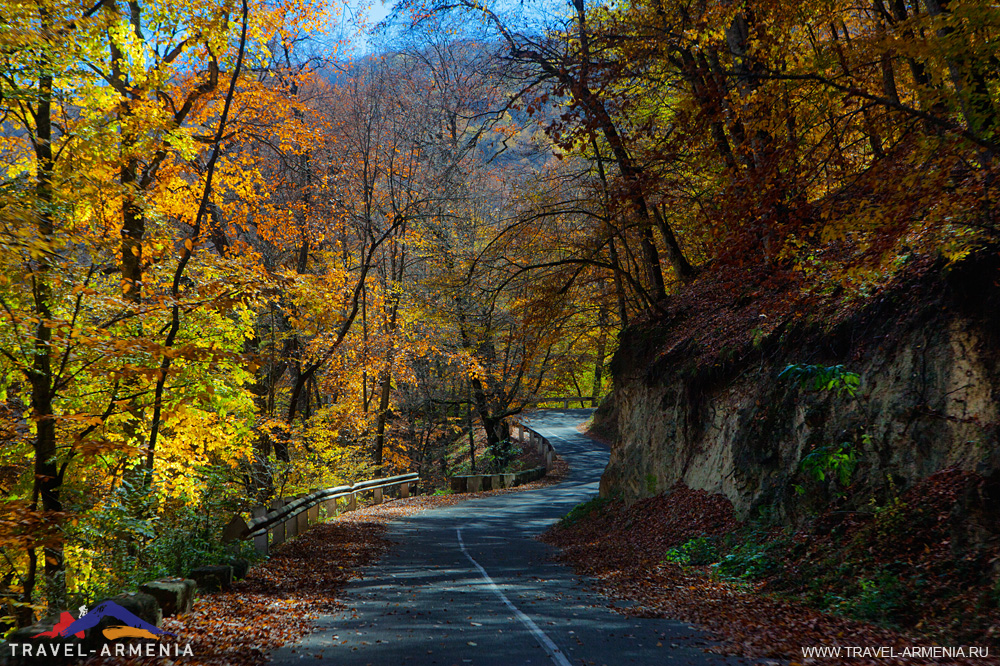 above the central sections, somewhat similar to the Armenian peasant home of the “glkhatun” type. The gavit has ornamented corner sections. Decorated with rosettes, these sections contain sculptures of human figures in monks’ attires, carrying crosses, staffs, and birds. The framing of the central window of Haghardzin’s gavit is cross-shaped. Placed right above the portal of the main entrance, it emphasizes the central part of the facade.

One of the half-columns along the right hand wall towards the back has come forward, showing that it is hollow. According to legend, this was swung open and shut in the past and monastery riches were hidden inside at times of war and invasion.

The small St. Stepanos Church dates back to 1244.

The Bagratuni sepulchre is where some of the Bagratuni royalty are buried.
Like the Haghpat’s refectory, the refectory of Haghardzin, built by the architect Minas in 1248, is divided by pillars into two square-plan parts roofed with intersecting arches.

The walls are lined with sto 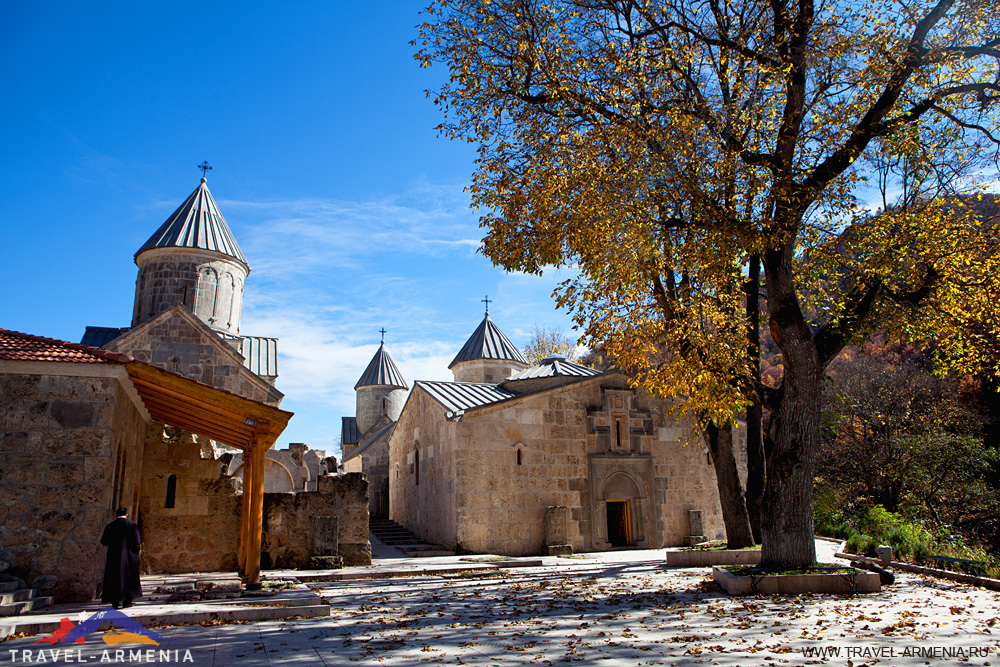 ne benches, and at the western butt wall, next to the door, there is a broad archway for the numerous pilgrims to navigate. Decoration is concentrated only in the central sections of the roofing, near the main lighting apertures.

The transition from the rectangle of their base to the octagon of the top is decorated with tre- and quatrefoils. The low abutments determine the size of the upstretched arches. The proportionally diminishing architectural shapes create the impression of airiness and space.  Today this space has large wooden log tables and chairs, and is where receptions take place after marriages or baptisms at the monastery. The monastery of Haghartsin, together with that of Goshavank, may become part of a natural site based on the state protected area of Dilijan National Park, an important forest in north-eastern Armenia.