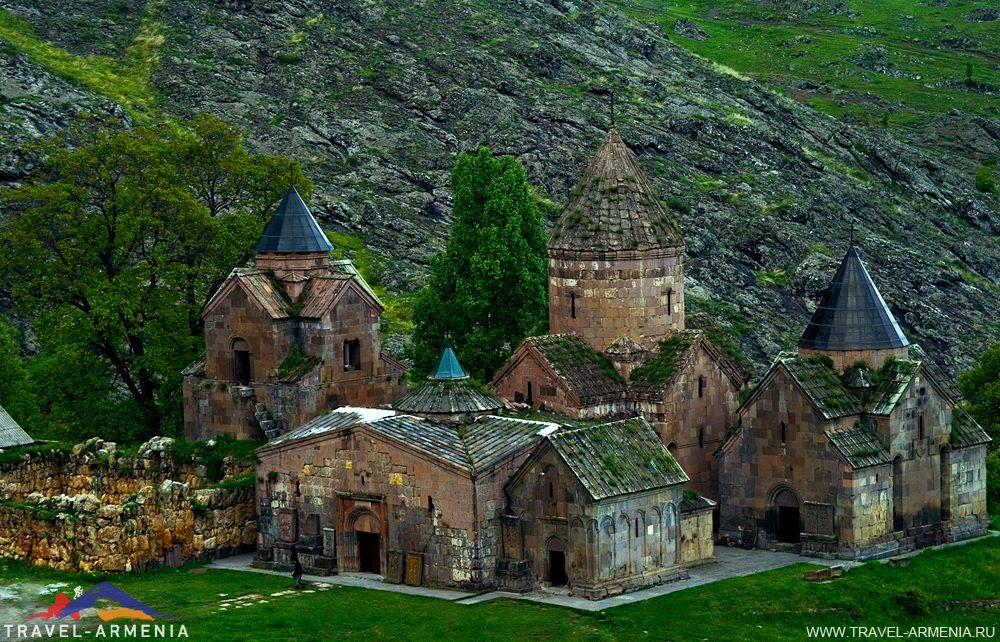 Goshavank – meaning Monastery of Gosh – is a 12-13th century Arme nian monastery located in a village of Armenia named Gosh (Tavush marz), was originally known as Nor-Getik. It was the home of Mkhitar Gosh, after whom the village and monastery were named.

Today the monastery is not a functioning religious complex, although it remains a popular tourist destination and is currently undergoing some light restoration. In addition to the impressive monastery, which has remained in relatively good condition, one of the world’s finest khachkars is located at the monastery. Goshavank was erected in place of an older monastery, Nor Ghetik, which had been destroyed by an earthquake in 1188.

Mkhitar Gosh, a statesman, scientist, and author of numerous fables and parables and of the first criminal code, took part in building the monastery, which was known as Goshavank in his honor. In Goshavank, Mkhitar Gosh founded a school. One of its alumni, Kirakos Gandzaketsi, an Armenian scientist, wrote The History of Armenia.

The architect Mkhitar the Carpenter and his disciple Hovhanes also took an active part in the building of the monastery. 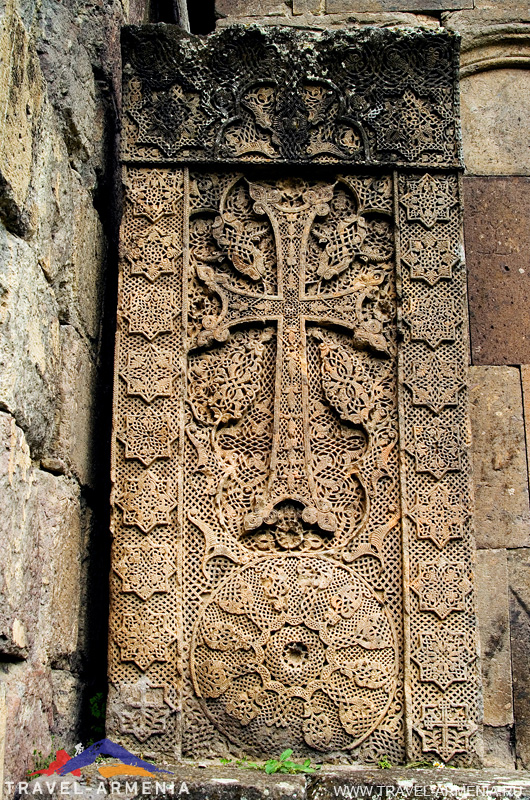 The main churches belong to the types widespread in the tenth to the thirteenth centuries — the domed tall or the cross-winged domed building with four annexes in the corners of the central crossing.

St. Gregory Church is found between the three chapels.

Grigor Lusavorich Church in Goshavank, started in 1237 and finished by Prince Grigor-Tkha in 1241, while being true to the type of Armenia’s fifth-century basilicas, is distinguished by the extravagance of its decorations. The small interior has intricate carvings over most of the surface.

It is a small vaulted structure. The bottom of the altar apse is trimmed by a graceful arcature topped with a band which is ornamented with an intricate geometrical pattern and garlands of alternating trefoils and spheres. The columns of the interior lining the sides of the apse and supporting the wall arch of the arched floor are covered with twisted flutings and fillets; a floral ornament of an ingenious design fills the middle of the lintels of the doors leading to annexes. Grigor Luysavorich Church’s intricate facade The exterior decoration of the church is also rich. The graceful arcature with ornamented spandrels, engirdling the edifice, is topped with half-arches on the corners.

The double chapels are attached to the gavit, and are found behind the church of S. Grigor Luysavorich. There is also a single chapel found behind St. Gregory Church.

The khachkars created by the carver Pavgos in Goshavank stand out among the rest. The best of them is a 1291 khachkar with the maker’s name carved in the bottom left star, which is one of the most intricate examples in existence. The finely carved lacy ornaments are arranged in layers in which the basic elements of the composition — a cross on a shield-shaped rosette and eight-pointed Starr filling the corners of the middle-cross section—show clearly. The intricate openwork ornaments vary — a clear-cut geometrical pattern constitutes the background, and the accentuating elements form a complicated combination of a floral and geometrical ornament which never repeats itself.