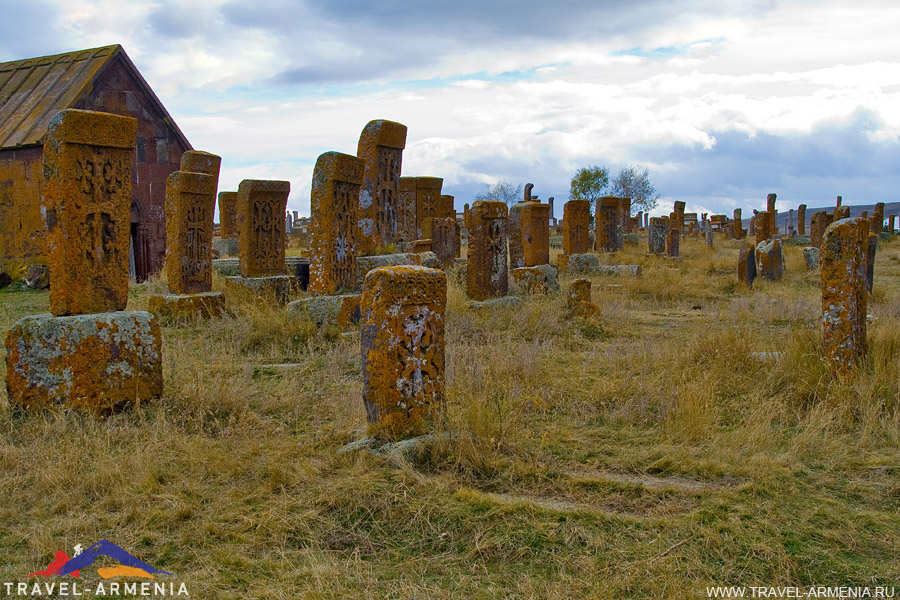 Armenia is often called a country of stones. Indeed, the nature of Armenia is rich with various rock formations. Such stones as tuff, basalt, travertine and obsidian are very popular for building and facing materials. But there are special stones in Armenia. Those, who have no analogue in any country, Armenian khachkars are one of thenational symbols of Armenian culture

Literally translated from Armenian “khachkar” means “cross stone”. The predecessors of khachkars are the stone steles, vishaps, which had been placed as markers of the territories in the mountains and near roads.

The history of origin of Khachkars takes us back to the time when the Christianity was just adopting in Armenia. 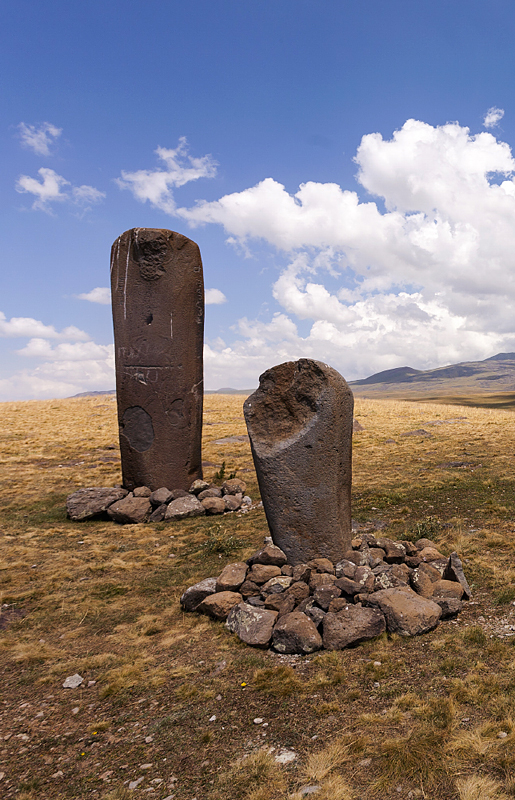 At the beginning of the IV century, the monuments of the pagan cult were being replaced with wooden crosses, but since the wooden monuments were easily burning by the opponents of the new religion, Christians began to replace them with stone ones.

The art of “cross-stone” is even compared with jewelry. The master cuts out the space with such little tools, that sometimes the cutting tool was replaced with a needle.

Most often khachkar served as a memorial. That is why it is turned to the west, to the sunset. Khachkars were also established in the memory of significant events, such as victory in a battle or the erection of a new church.

The heyday of the art of khachkars was in the XII – XIII centuries. Masters like Timot, Mkhitar, Momik, Arakel, Melikset and Israel left the brightest values in the national culture. Their art and traditions are popular even today.

On the territory of Armenia there are several thousand khachkars, each having its unique pattern, despite the general style. They stand near monasteries, in museums, and also high in the mountains and in the remote forests. The largest khachkar cemetery in Armenia is located in the village of Noratus, numbering more than 900 unique specimens.

There are many beautiful cross-stones in monastery complex of Geghard

As part of the complex of Geghard, khachkars are also carved directly into the rock 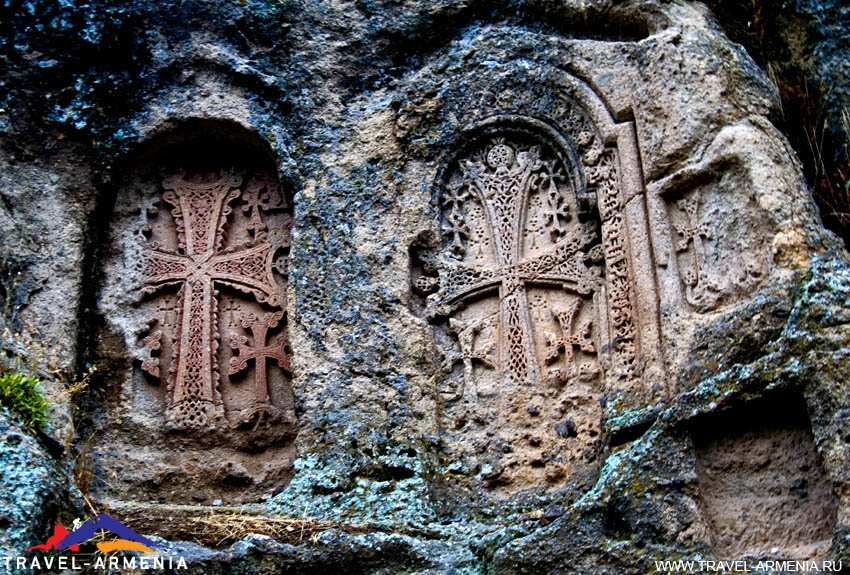 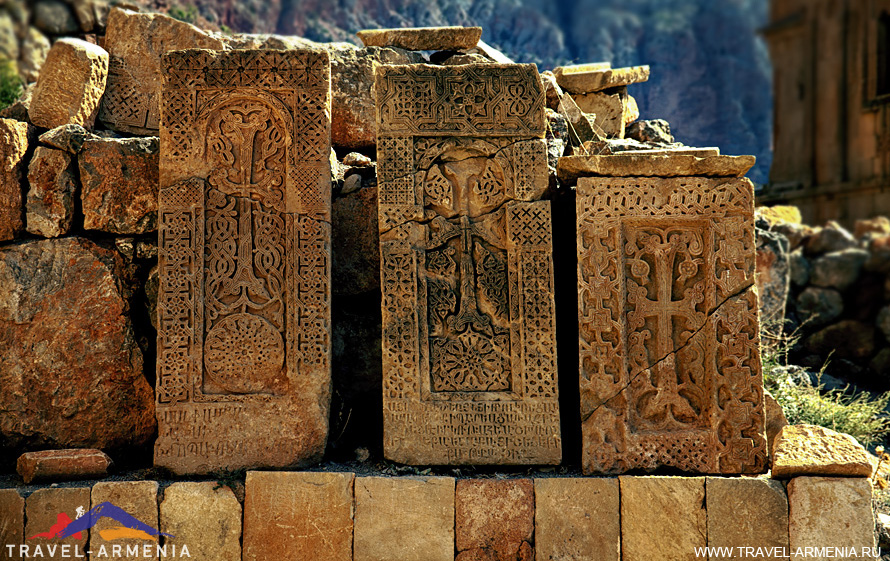 In the territory of the Cathedral in Etchmiadzin, there can be found two very beautiful khachkars. Also there is a khachkar in memory of the victims of the Armenian Genocide.

The field of khachkars in the village of Ardvi 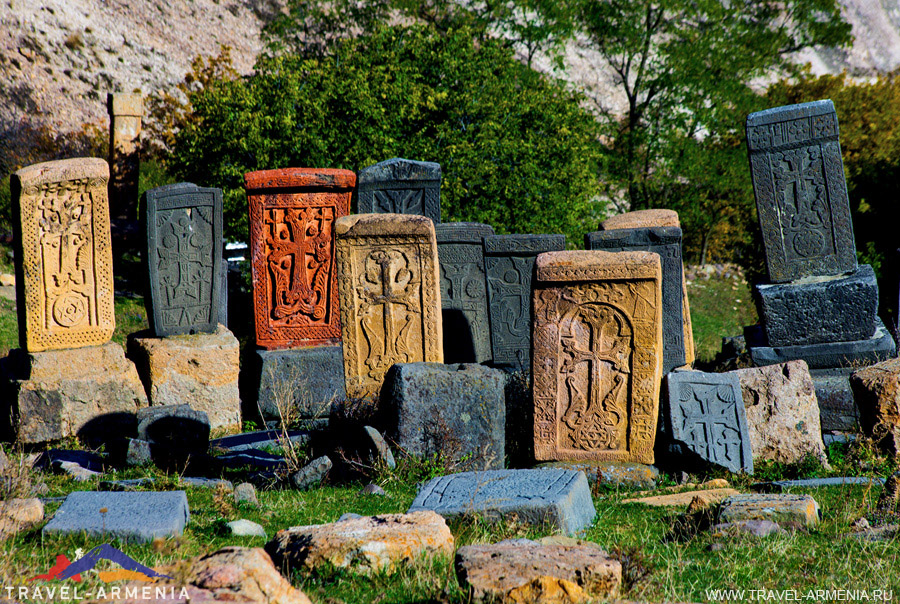 The most beautiful khachkars of Armenia are those in Goshavank, the works of master Poghos, in Bjni and two khachkars in the bell tower of the Dadivank monastery in Nagorno-Karabakh. 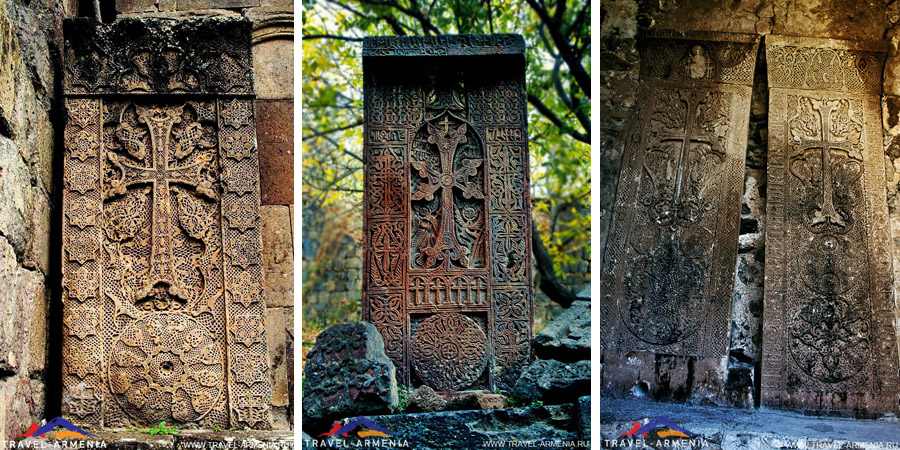 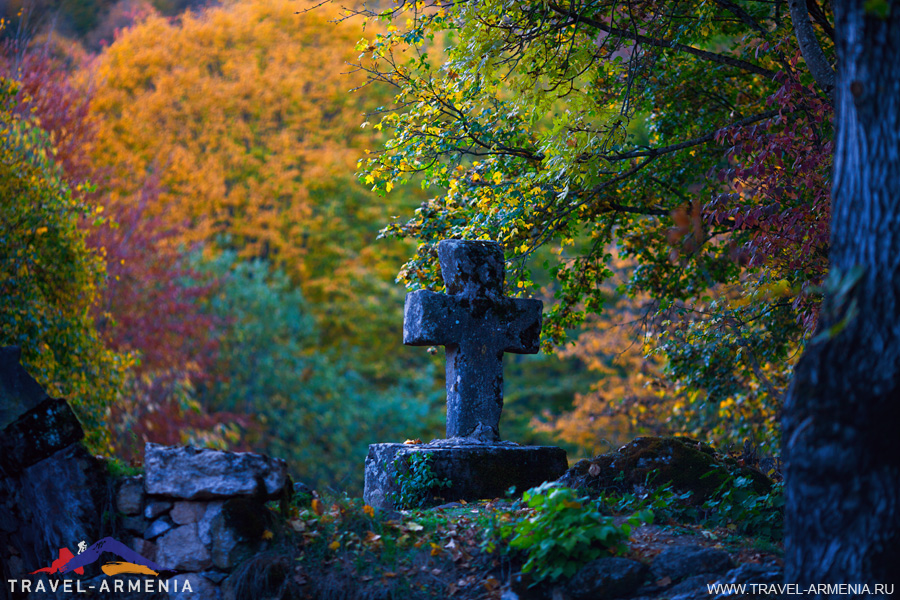 Two masterpieces from Haghpat and one khachkar, located at the monastery of Matosavank in Dilijan

Khachkars on the territory of the Church in Vanadzor 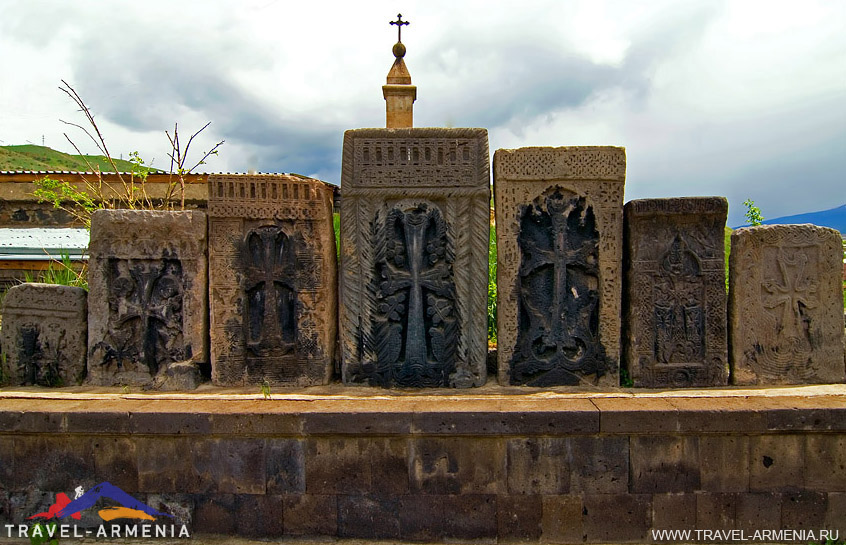 Cross-stone near Odzun village of Alaverdi 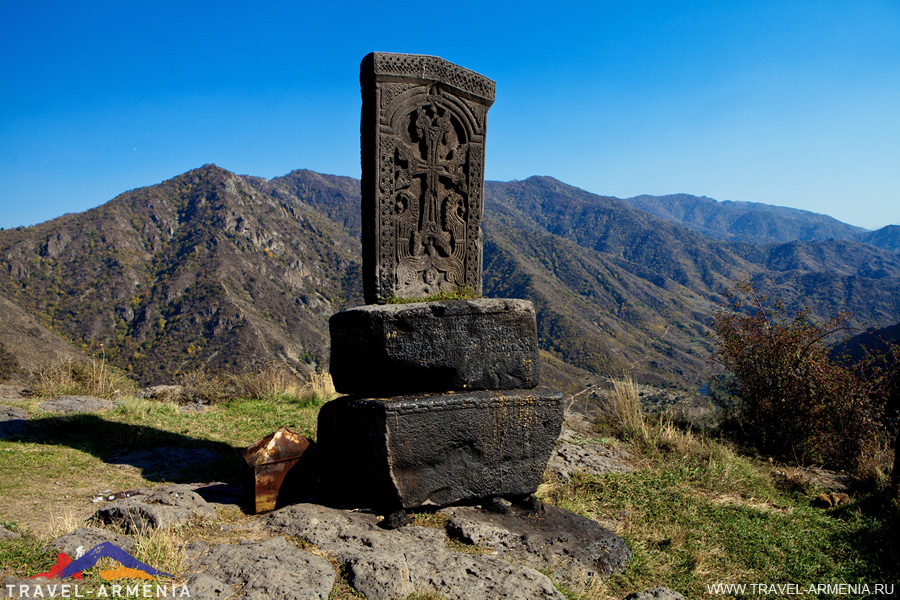 The khachkars in Areni and Makravank

And very beautiful specimens in Noraduz and Gandzasar

Not all samples of these unique monuments of architecture are represented here, since the masters still continue to work, creating masterpieces that will have their historical significance centuries ago.